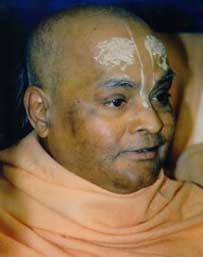 To read more about the life history and teaching of Srila Gour Govinda Maharaja, visit the Bhaktivedanta Memorial Library site at http://www.bvml.org/SGGM/index.htm ]