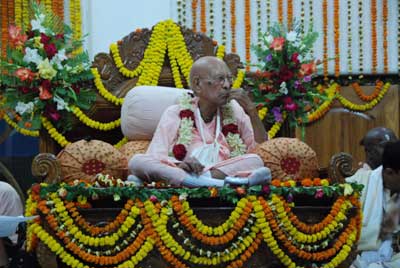 Under the guidance of Sri Srimad Bhaktivedanta Narayana Gosvami Maharaja, the annual Navadvipa-dhama parikrama began on March 5, 2009, by going to Devananda Gaudiya Matha to have darsana of Srila Bhakti Prajnana Kesava Gosvami Maharaja's samadhi and then to the Ganges River for sankalpa (taking vow). 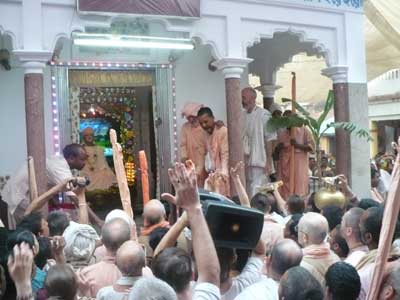 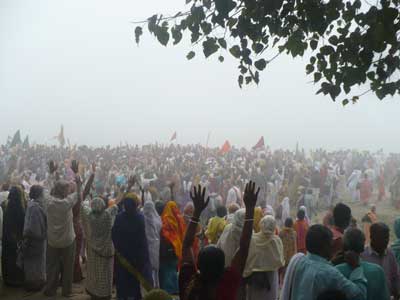 Pilgrims at the Ganges River 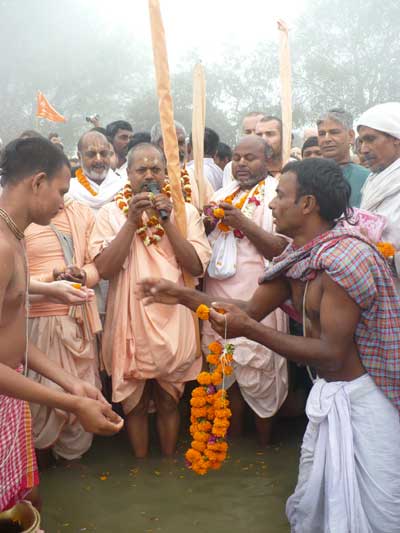 On the evening of March 5th, Srila Maharaja gave many instructions for the following days' parikrama. Most of his discourse was spoken in Bengali, and a few words in English. A transcription of his English instructions is as follows:

"I request that all my sannyasis take their dandas and remain in front of the parikrama, especially when you all go to Mayapura. Sri Caitanya Mahaprabhu's palanquin will be in the front, and the sannyasis should walk just behind the Deity. I will be there tomorrow, and I want to see this. All the brahmacaris should walk along with the parikrama party. I request everyone to come on parikrama; no one should be here in the temple."

"There is no country in the Western world that is not represented by devotees here. I think about two thousand Western devotees are here, and more than fifteen thousand Bengali and other Indian devotees are also here."

"We cannot offer you the same facilities that you have in your homes. Please forget that you are not in your home. Please be satisfied and perform austerities." 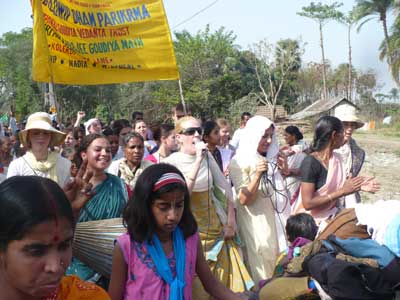 "When you go on parikrama anywhere in Navadvipa, go with the kirtana. Both ladies and men should perform kirtana. There should be no mundane talks. Engage always in the nine processes of bhakti (hearing, chanting, remembering, serving the Lord's lotus feet, offering prayers, etc.). Perform tulasi parikrama and parikrama of the Deity."

"Please keep your passport and visas very carefully. Do not take your valuables or ornaments on parikrama. Otherwise, there are pickpockets who will pick your pockets." 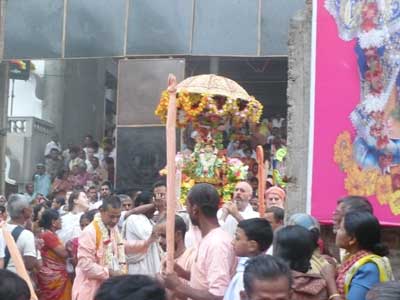 Sri Caitanya Mahaprabhu carried on His palanquin on parikrama. 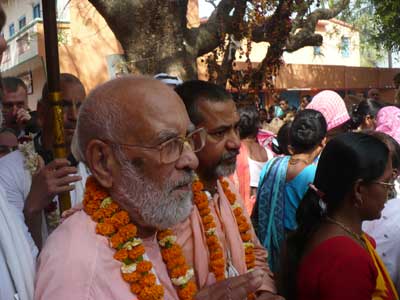 Circumambulating the neem tree under which Sri Caitanya Mahaprabhu was born (the divine tree is in the background). 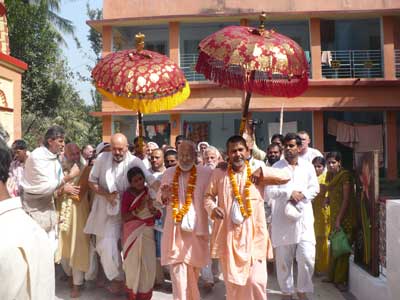 Circumambulating the temple at Sri Yogapitha, the birthplace of Sri Caitanya Mahaprabhu in Mayapura. 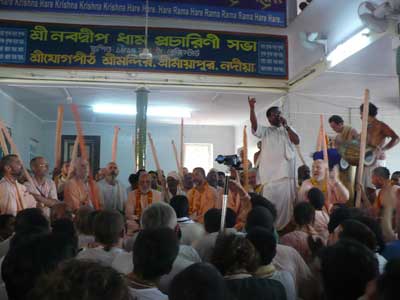 The parikrama party went to all the nine islands of Navadvipa, in five days. In the evenings, Srila Narayana Gosvami Maharaja called on various devotees to speak, and then he spoke for a few minutes at the end of each class. They spoke about the glories of Sri Caitanya Mahaprabhu and the glories of Navadvipa. 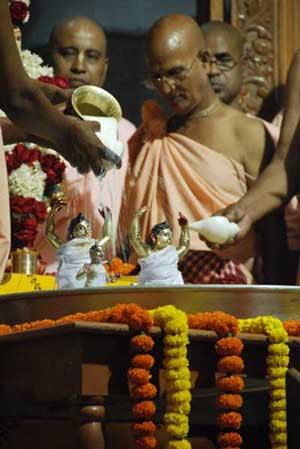 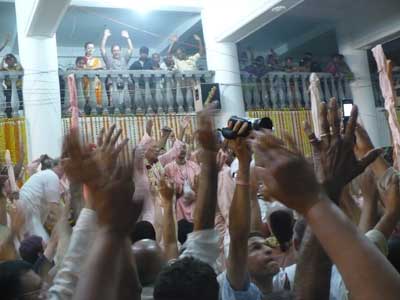 Throughout the course of the week, about three-hundred-eighty new devotees took initiation, and on Gaura Purnima day five devotees were awarded the order of sannyasa. 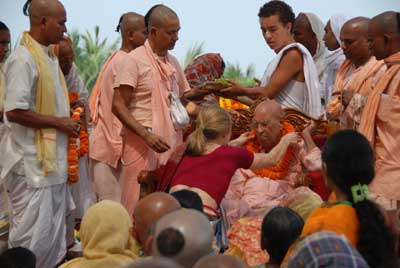 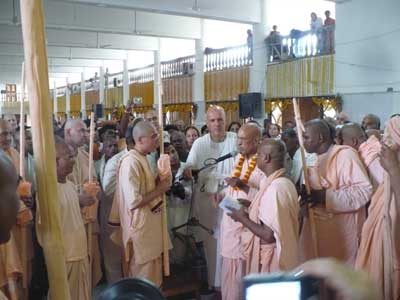 Special thanks to all the devotees who worked under the supervision of Sripad Premananda dasa brahmacari, for their excellent preparing and distribution of the Sri Krsna maha-prasadam.