A Vyasa-puja Celebration in the Dhama of Separation

Many times we heard from Srila Gurudeva that there is actually no difference between the appearance and disappearance day of a Vaisnava. A pure devotee does not appear in this world due to the reactions of his previous activities, like an ordinary conditioned soul. Rather, his body is fully transcendental, made of sad-cid-ananda (eternality, knowledge and bliss), and his apparent appearance and disappearance in this world are like a drama play, performed only for the welfare of the conditioned souls; his eternal svarupa, or form, however, always remains intact and untouched by this world.

On December 29, 2010, our beloved Srila Gurudeva understood that the time had come to offer us this strange gift of separation from him. He chose to perform his pastime of disappearing in Sri Jagannatha Puri-dhama. Now, on February 2, 2011, one month after Srila Gurudeva entered into maha-samadhi, about 800 devotees, both from India and abroad, assembled again at that same place in Jagannatha Puri – this time to remember Srila Gurudeva's avirbhava tithi, the day of his appearance into this world.

Early in the morning, shortly after mangala-arati, Sripada Tirtha Maharaja took all the devotees out on parikrama to the different pastime places of Sri Caitanya Mahaprabhu and His associates. Remembering how Srila Gurudeva used to take all the devotees on these darsanas, we placed his picture on a nicely decorated cart, and accompanied by kirtana, went on our way.

Our first stop was Siddha-bakula, the bhajana-kutira of Srila Haridasa Thakura. Mahaprabhu would visit Haridasa Thakura here every day. After that, we went to Gambhira, where Mahaprabhu Himself resided. It was here that Mahaprabhu used to become immersed in Srimati Radhika's sentiments in separation from Sri Krsna, and He would share these sentiments with His most intimate associates, like Sri Svarupa Damodara and Sri Ramananda Raya.

The parikrama party then continued to Purusottama Matha, which was established by Srila Bhaktisiddhanta Sarasvati Thakura Prabhupada at Cataka Parvata. Just across from there is the Tota-Gopinatha temple. Mahaprabhu would come here every day to hear Srimad-Bhagavatam from Sri Gadadhara Pandita.

Everywhere we went, Sripad Tirtha Maharaja would briefly speak on the glories of the different places that he had heard them from Srila Gurudeva over the years.

After the Tota-Gopinatha temple, the parikrama party continued to the Nilacala Gaudiya Matha, which is one of the first temples established by our parama-gurudeva, nitya-lila pravista om visnupada Sri Srimad Bhakti Prajnana Kesava Gosvami Maharaja. After that, we went to the samadhi of Srila Haridasa Thakura and ended our parikrama at Purusottama Gaudiya Matha, where we had darshan of Pujyapad Sri Srimad Bhakti Prajnana Yati Maharaj, the present acharya of the Math.

After returning to our own Jaya Sri Damodara Gaudiya Matha at Sri Chakra Tirtha, all the devotees, headed by Sripad Tirtha Maharaja, performed guru-puja – first to Srila Gurudeva, and then to the entireguru-parampara.

In the evening, the devotees gathered again, in a nicely decorated pandal on the roof of the matha, for kirtana and hari-katha. Many Vaisnava guest from the different Gaudiya Mathas came to hear and speak the glories of our Srila Gurudeva. Sripad Bhaktivedanta Siddhanti Maharaja, Sripad Bhaktivedanta Bhagavat Maharaj and then Sripad Bhaktivedanta Padmanabha Maharaja offered their heartfelt pushpanjalis first. The main guest of honor was Sri Srimad Bhakti Vijnana Bharati Maharaja from Sri Chaitanya Gaudiya Math, who upon his arrival, was given the honor to offer to Srila Gurudev the first copy of the newly published special Vyasa-puja edition of the Rays of The Harmonist, which is dedicated entirely to our Srila Gurudeva. Pujyapad Bharati Maharaja spoke comforting words to all the devotees, who were remembering how Srila Gurudeva recently entered into maha-samadhi at this very place. After speaking, Maharaja was also offered a copy of the Rays of the Harmonist magazine along with other gifts from the devotees.

More Vaisnavas spoke after that and their remembrances of Srila Gurudeva's glories brought tears to the eyes of many. Finally, Sripada Tirtha Maharaja concluded the puspanjali offerings and again lead all the devotees and Vaisnava guests in performing guru-puja.

The day ended with an amazing feast of Jagannatha prasadam. By the arrangement of Pujyapad Premananda Prabhu with the assistance of our Panda Janardana Prabhu and our local math brahmacaris, eighteen different preparations of Sri Jagannath Mahaprasadam were brought to our temple and a large and very opulent plate was prepared and offered to Srila Gurudeva. Lord Jagannatha's sevakas then served that prasadam to the devotees present while vedic stutis and mantras were being chanted by a group of young Brahmins from Sri Jagannath Temple. While honoring the prasadam, the Vaisnavas reminded us of how Srila Gurudeva always appreciated and respected this Jagannatha prasadam. Whenever he would visit Jagannatha Puri, he wouldrequest even just a little of this prasadam to be brought to him every day.

We all experienced these words ourselves on this yearsVyasapuja festival in Puri. 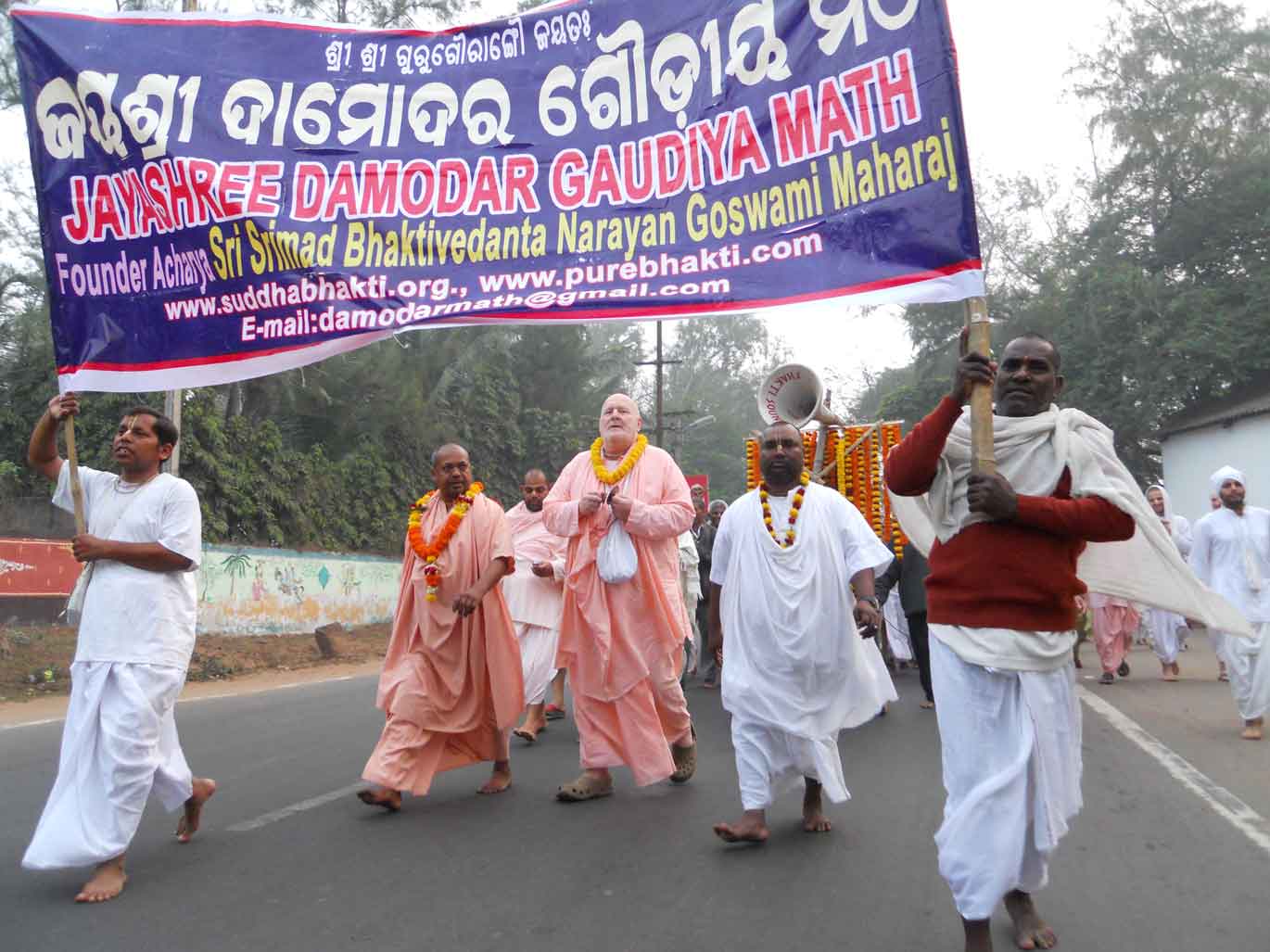 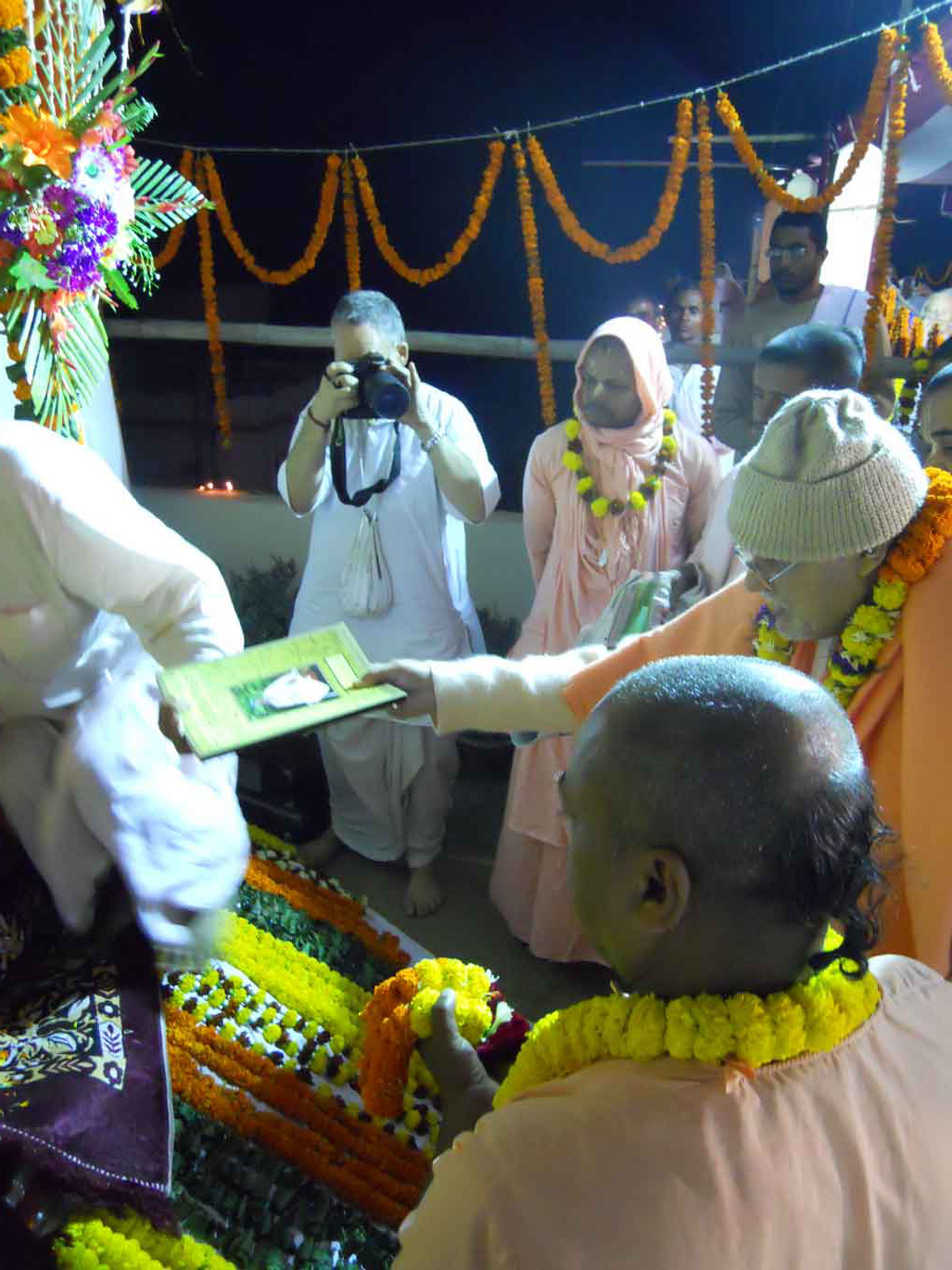 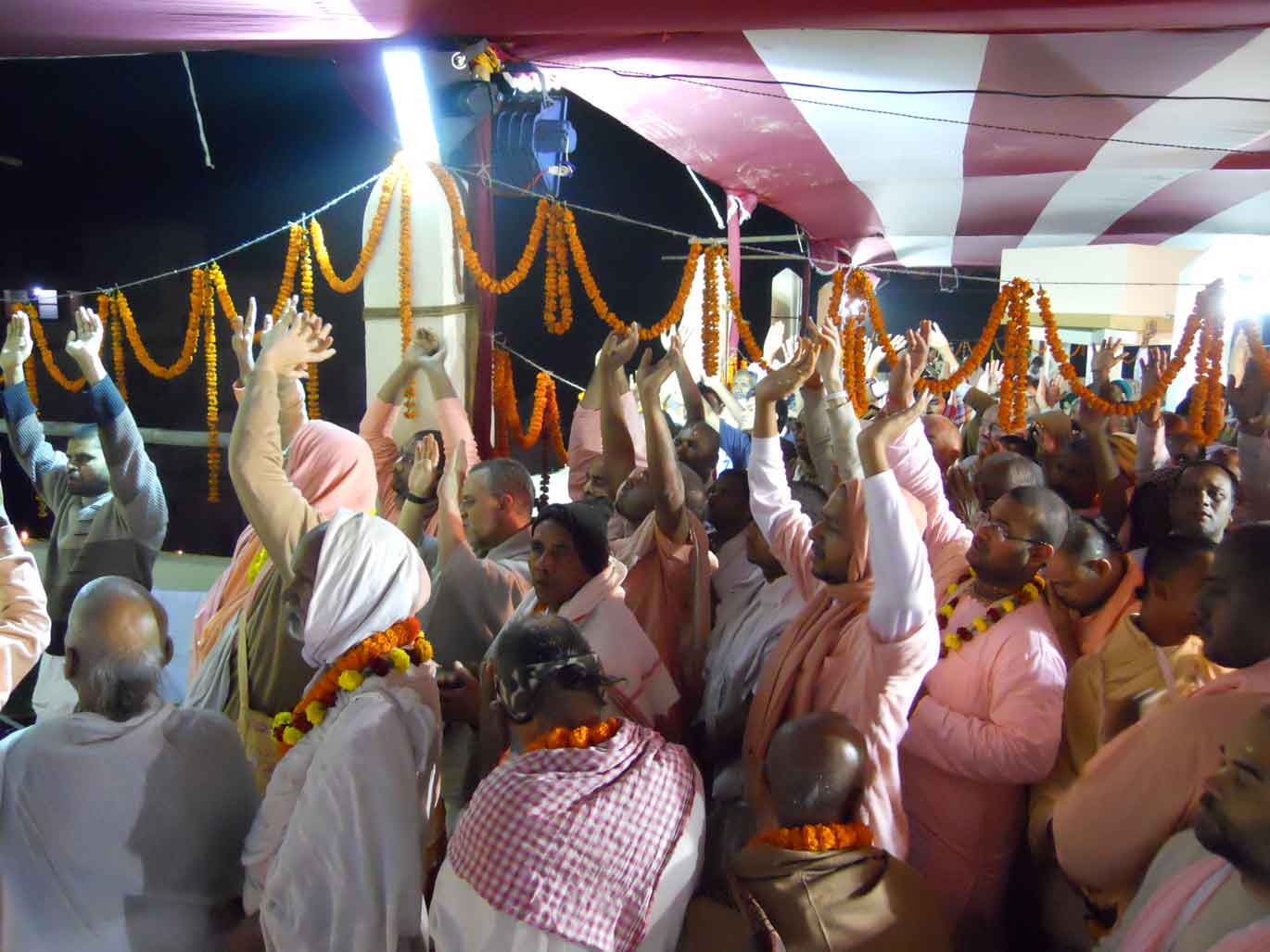 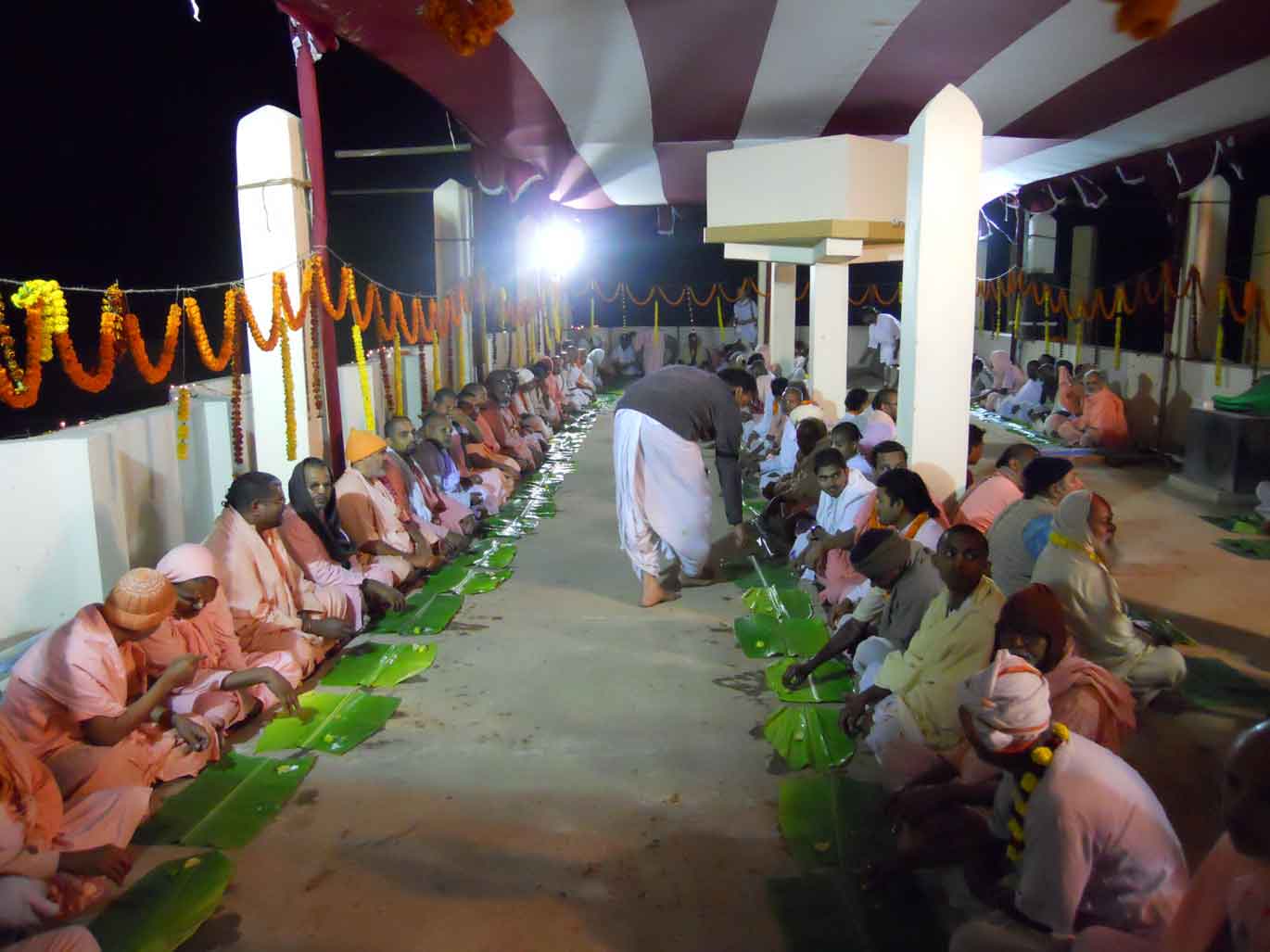 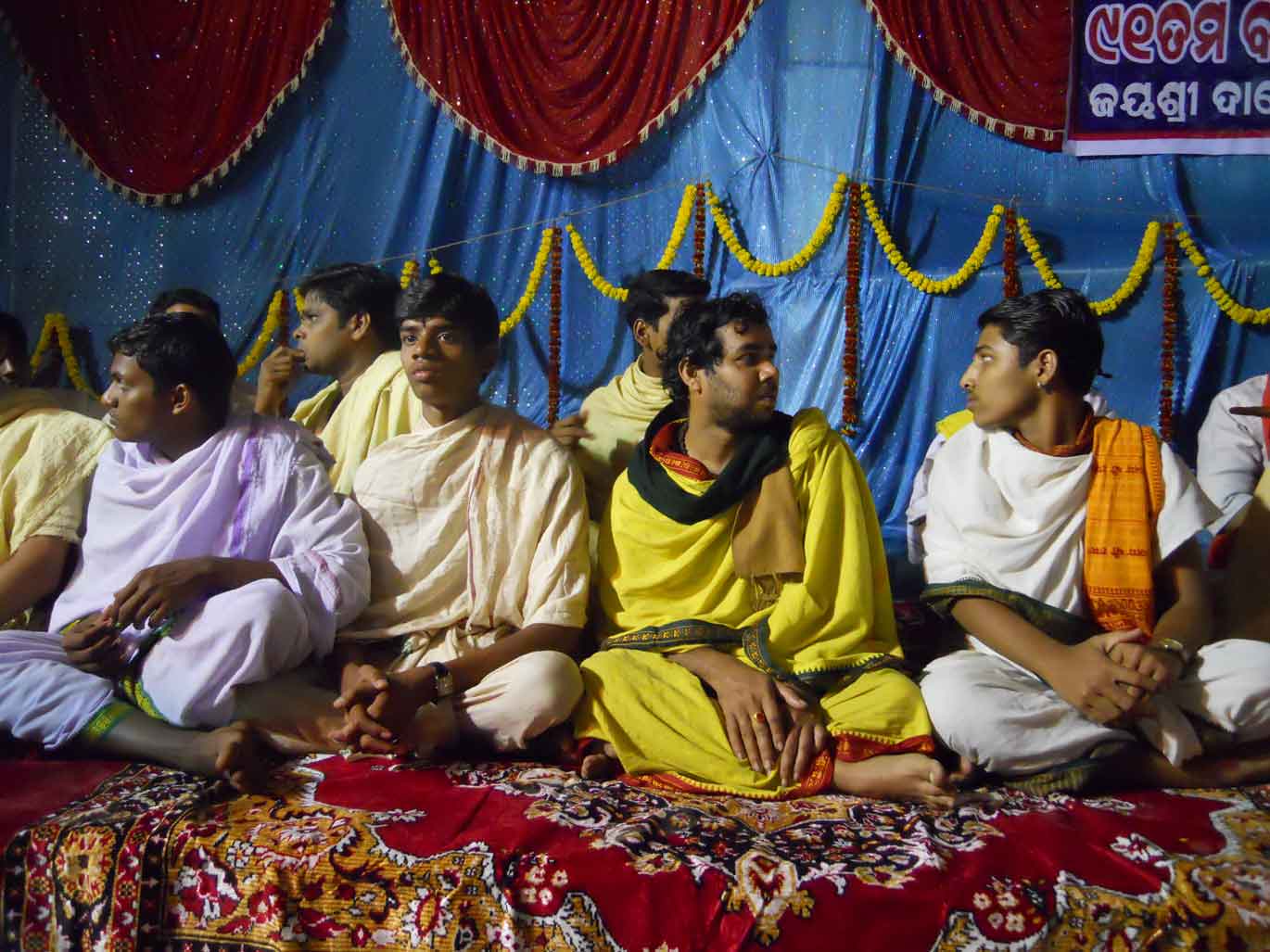 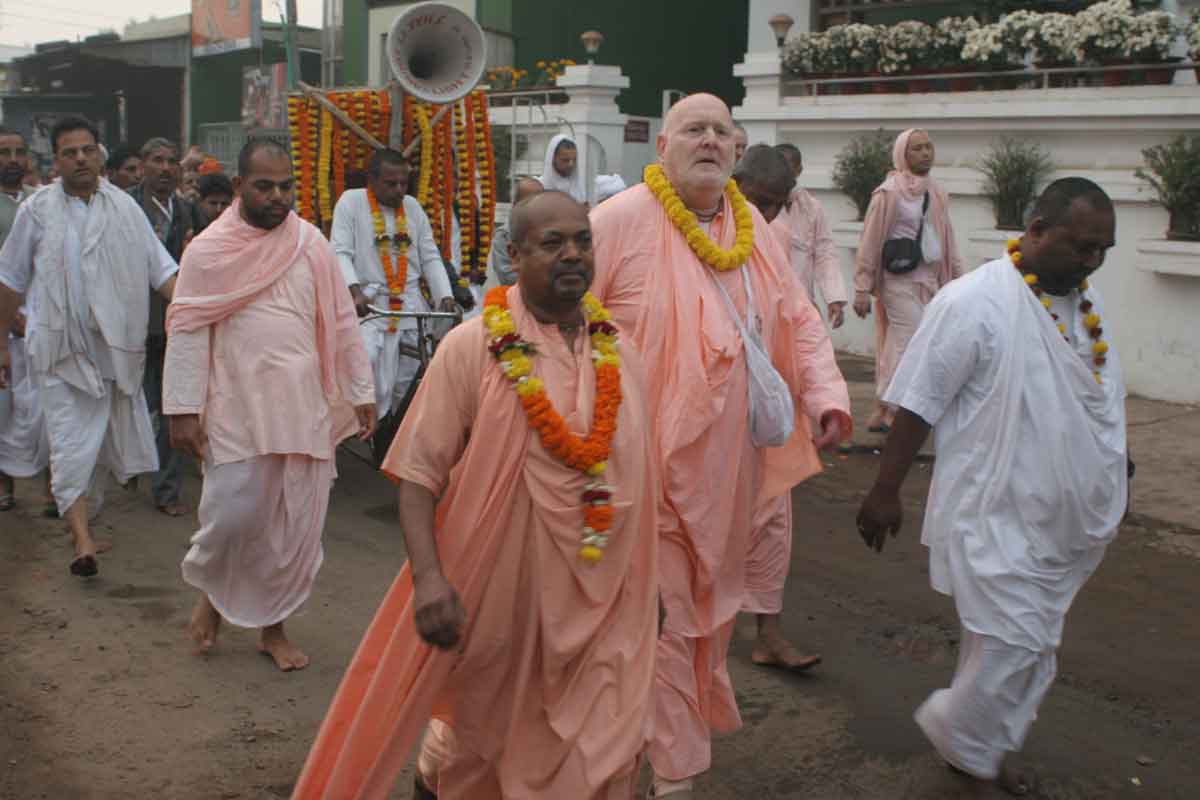 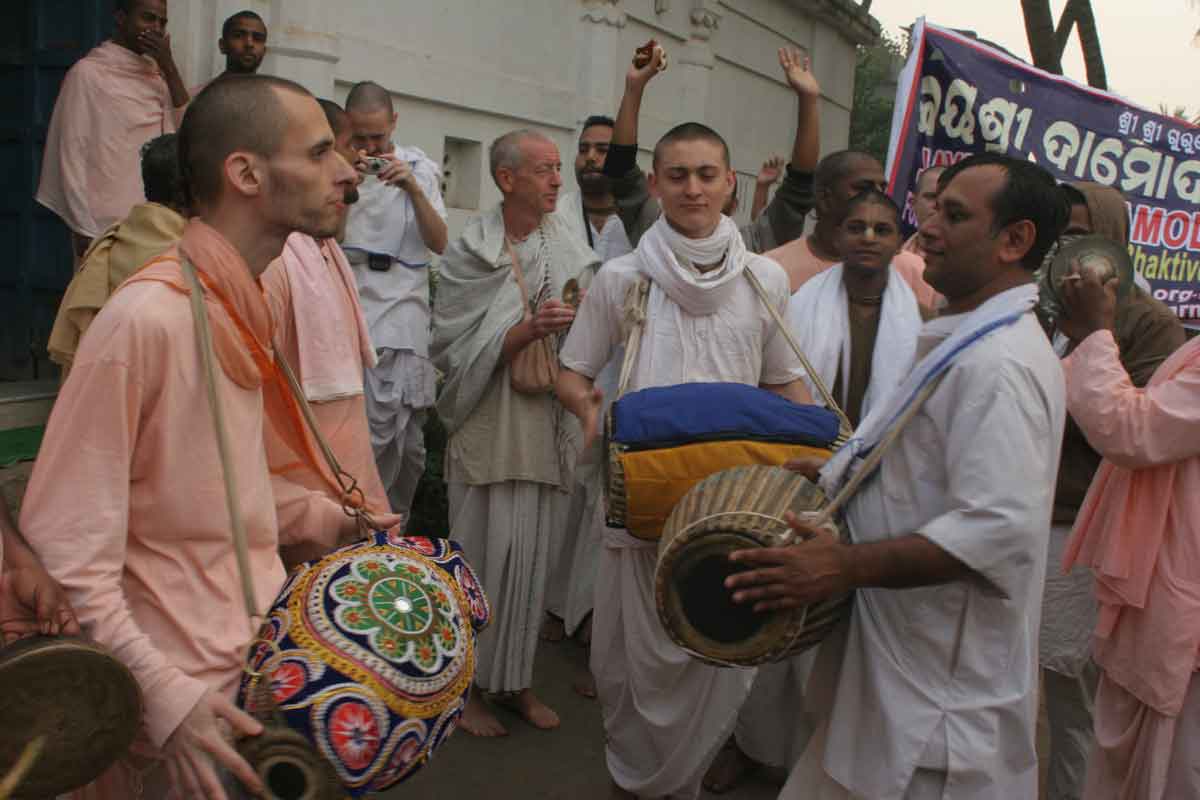 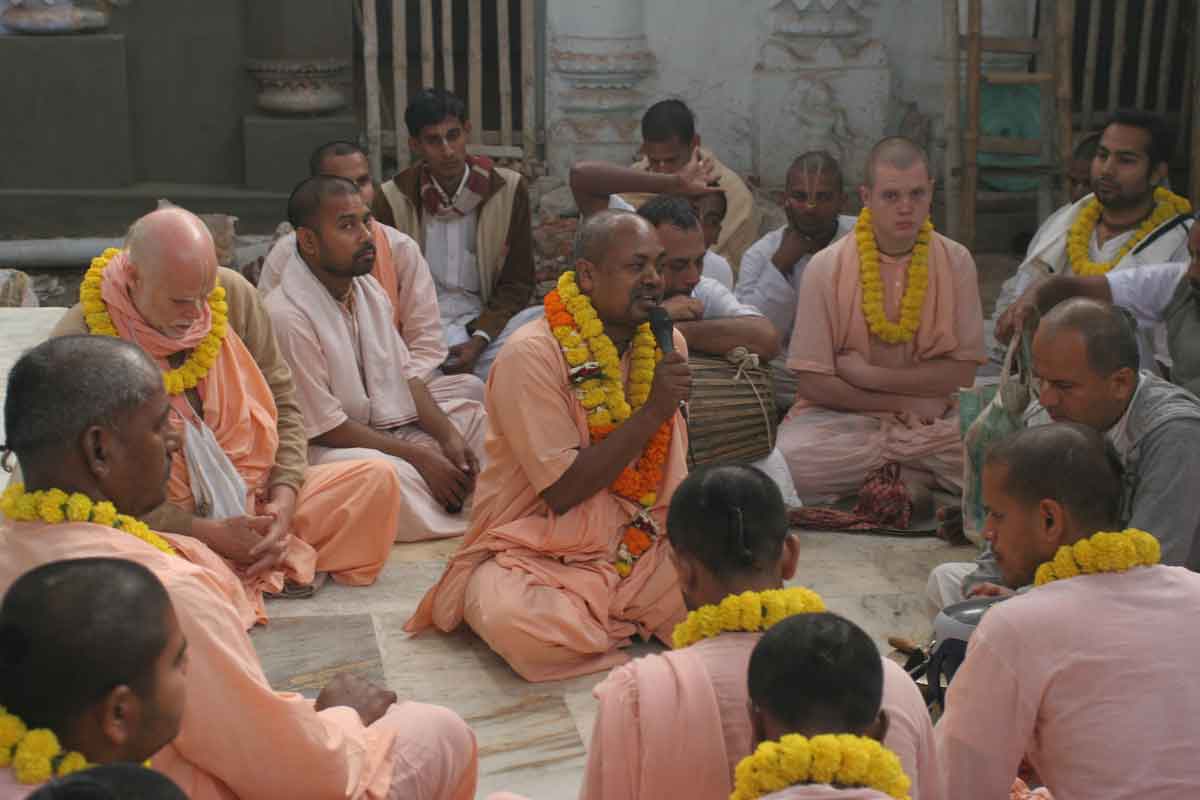 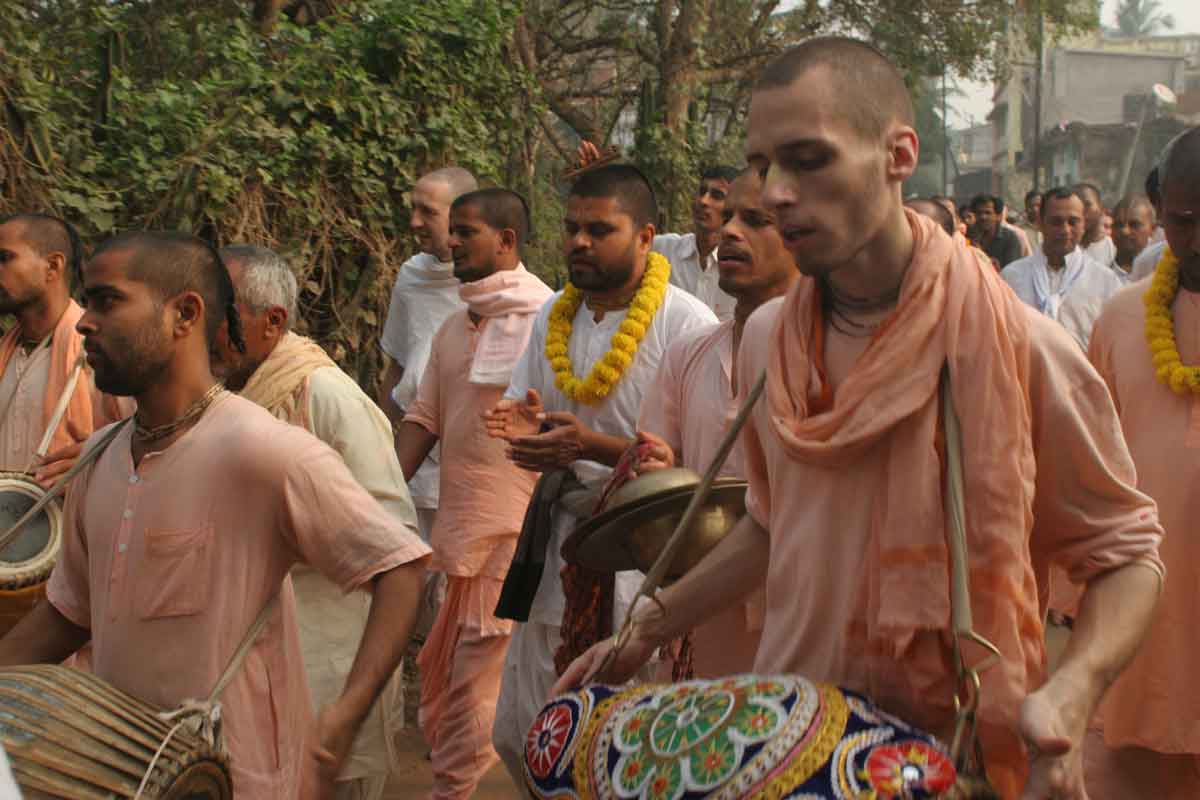 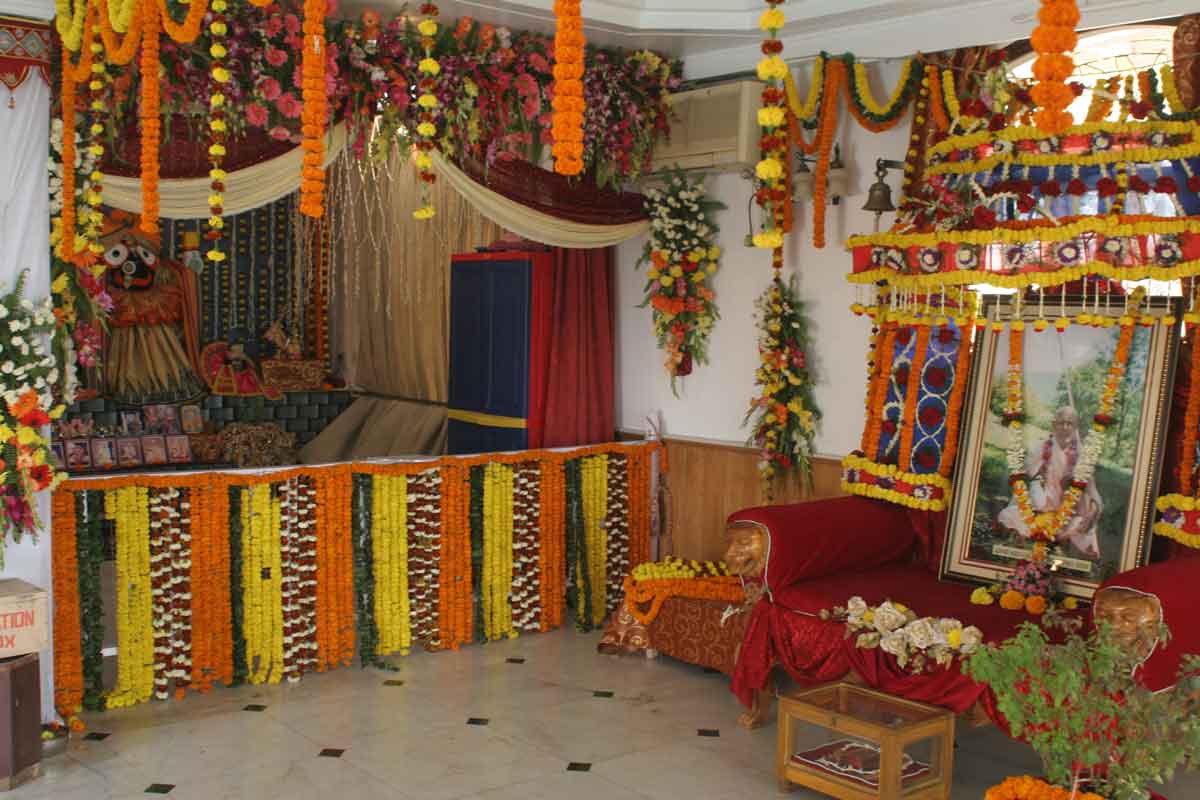 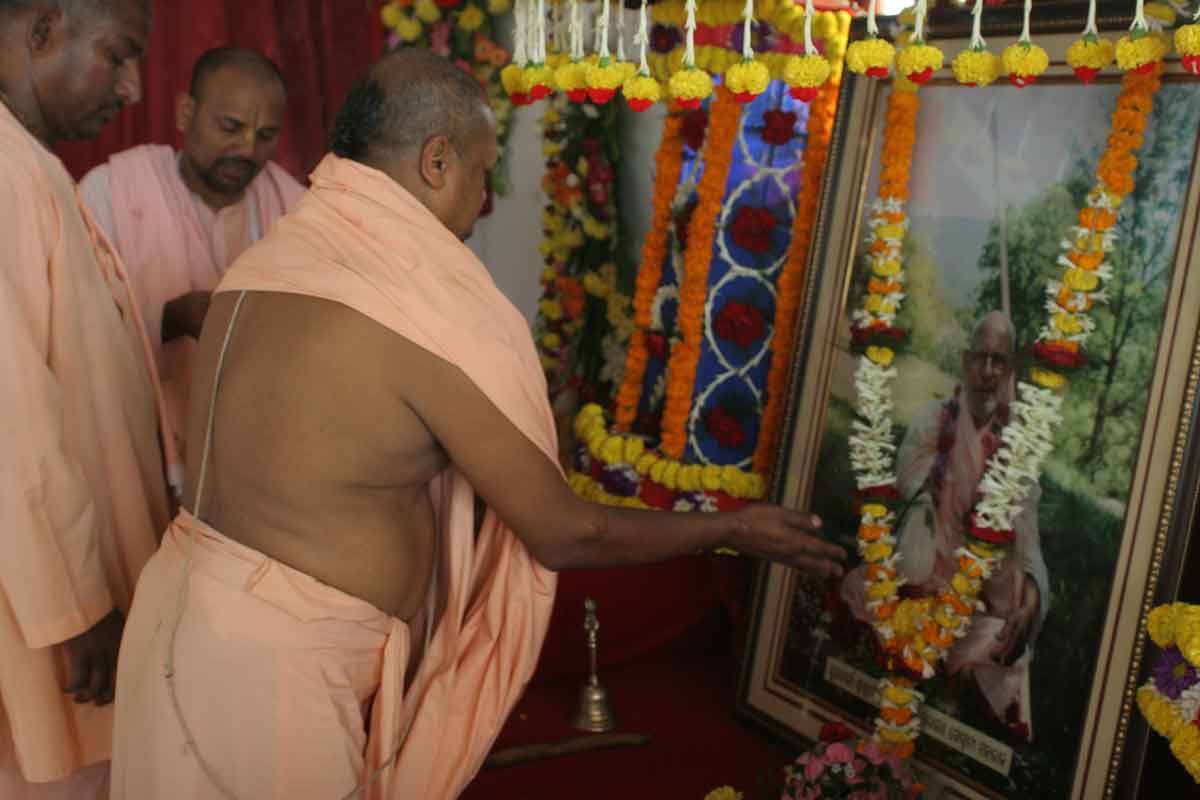 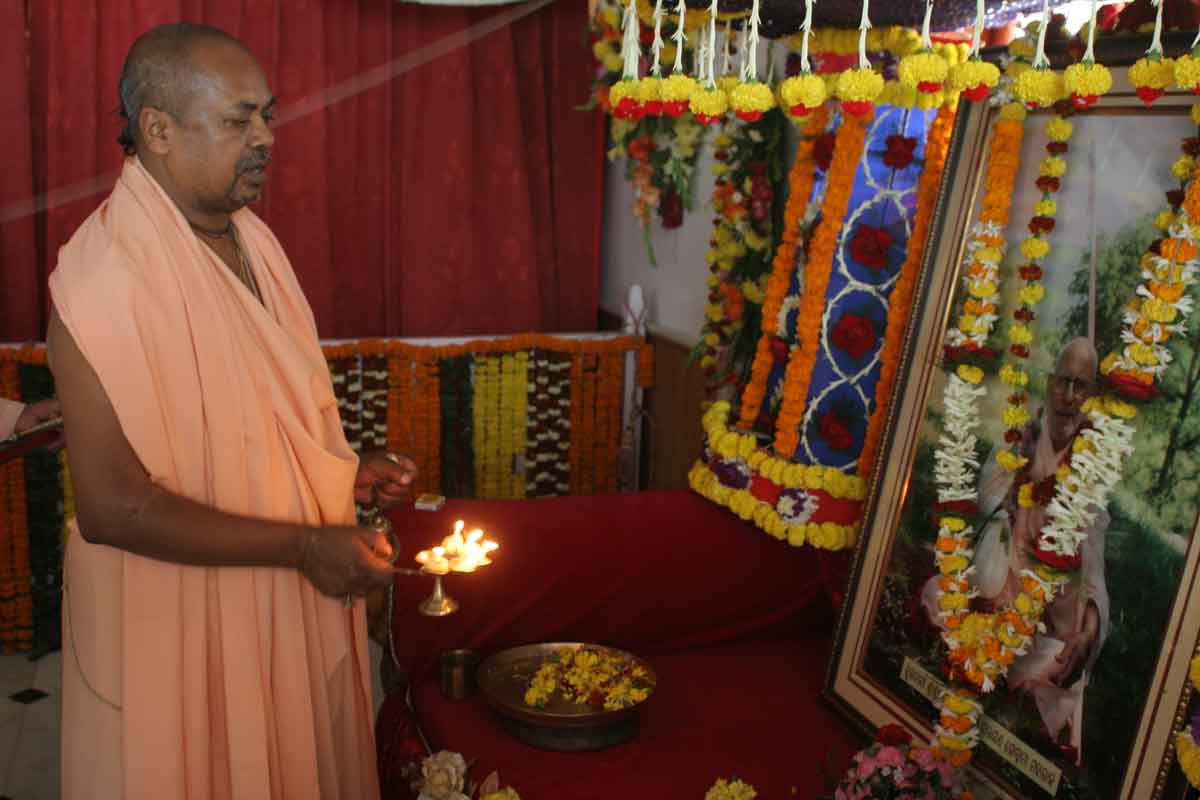 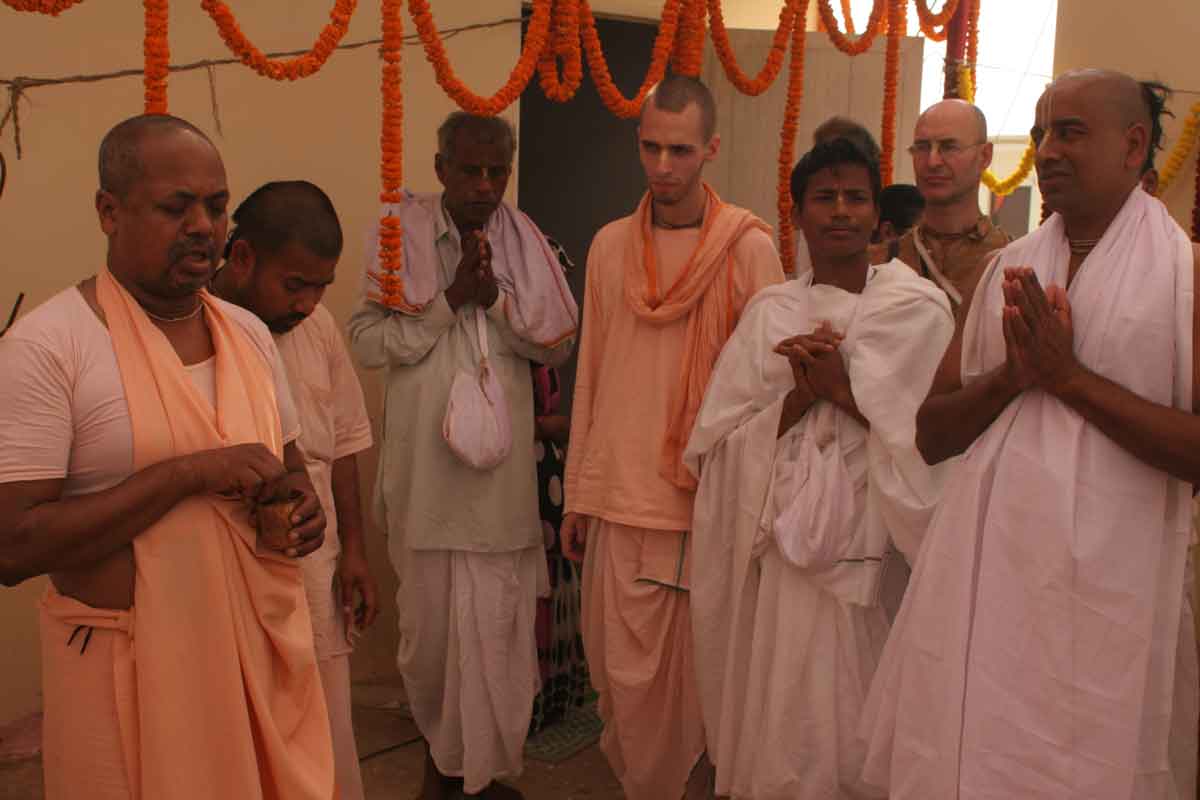 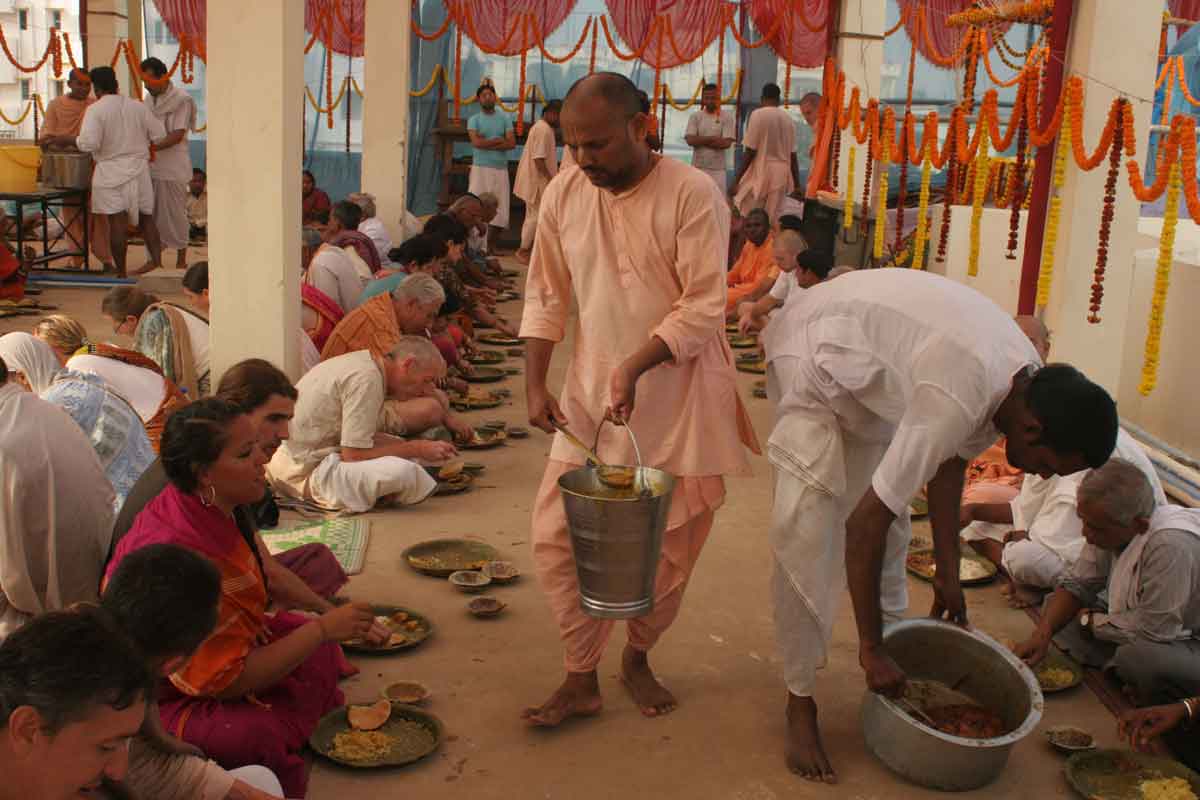 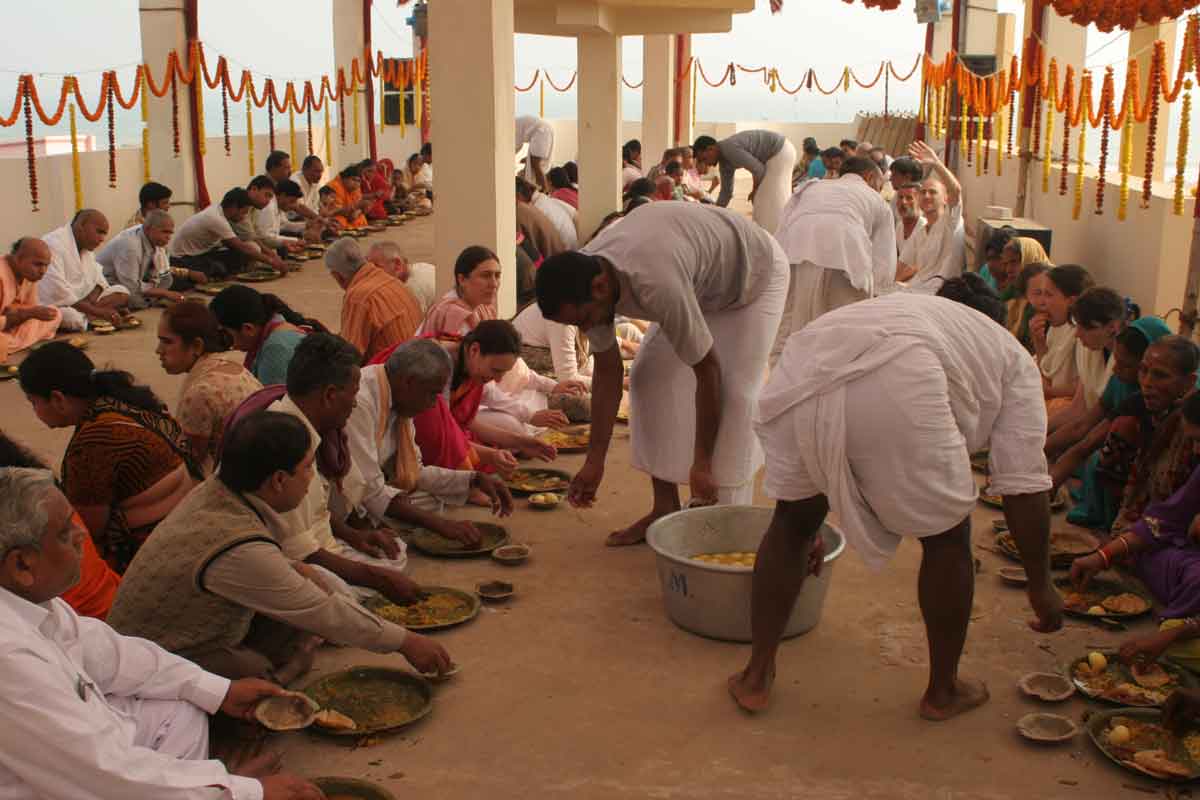 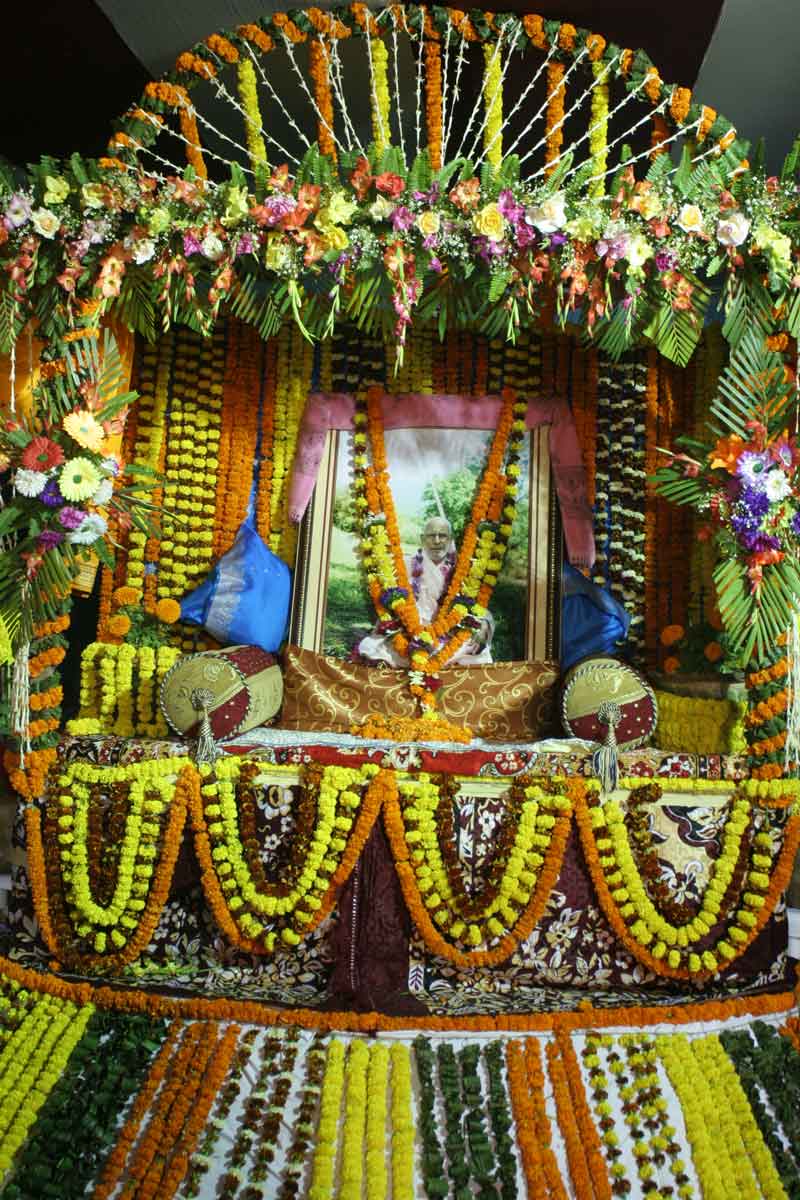 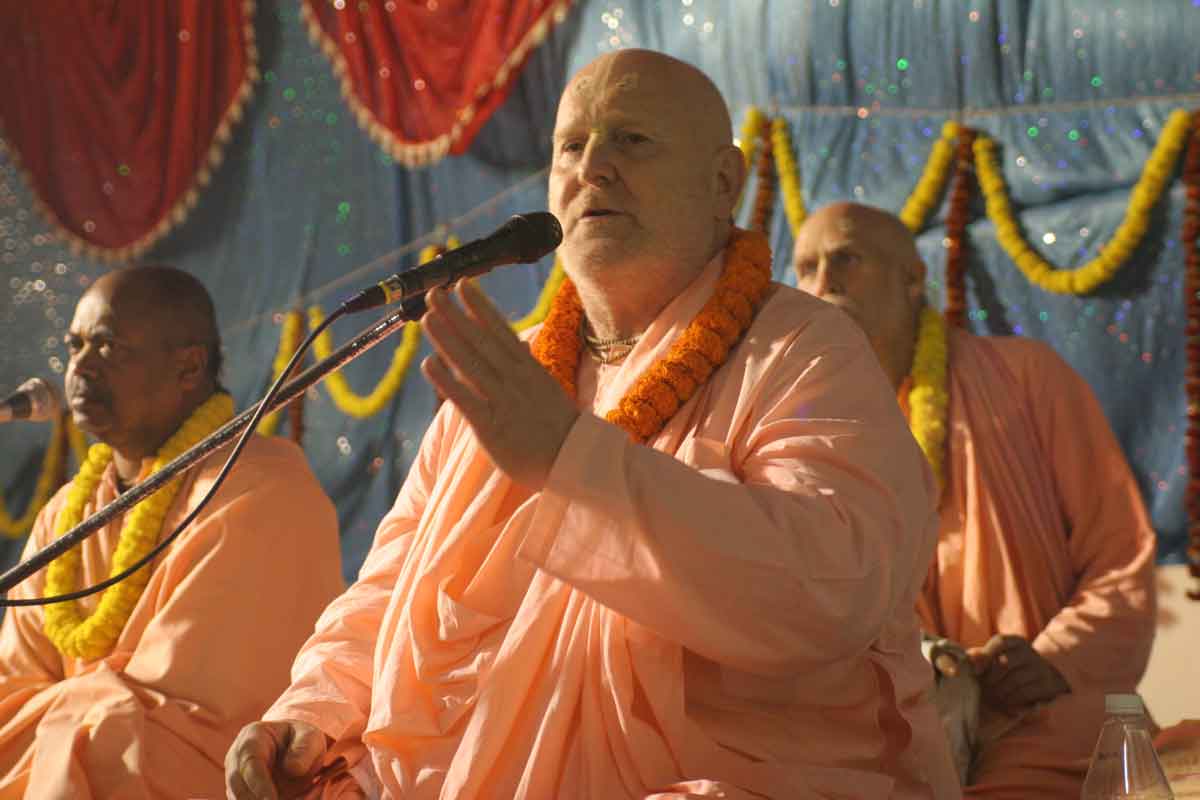 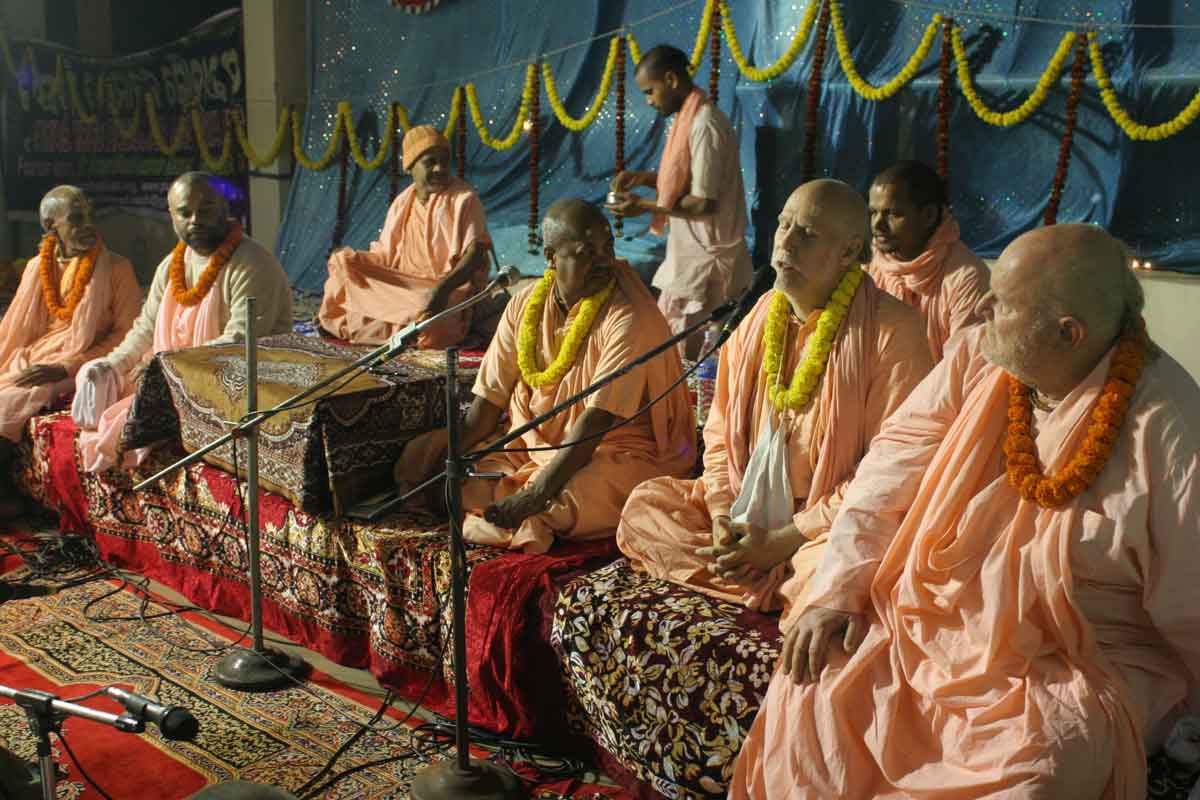 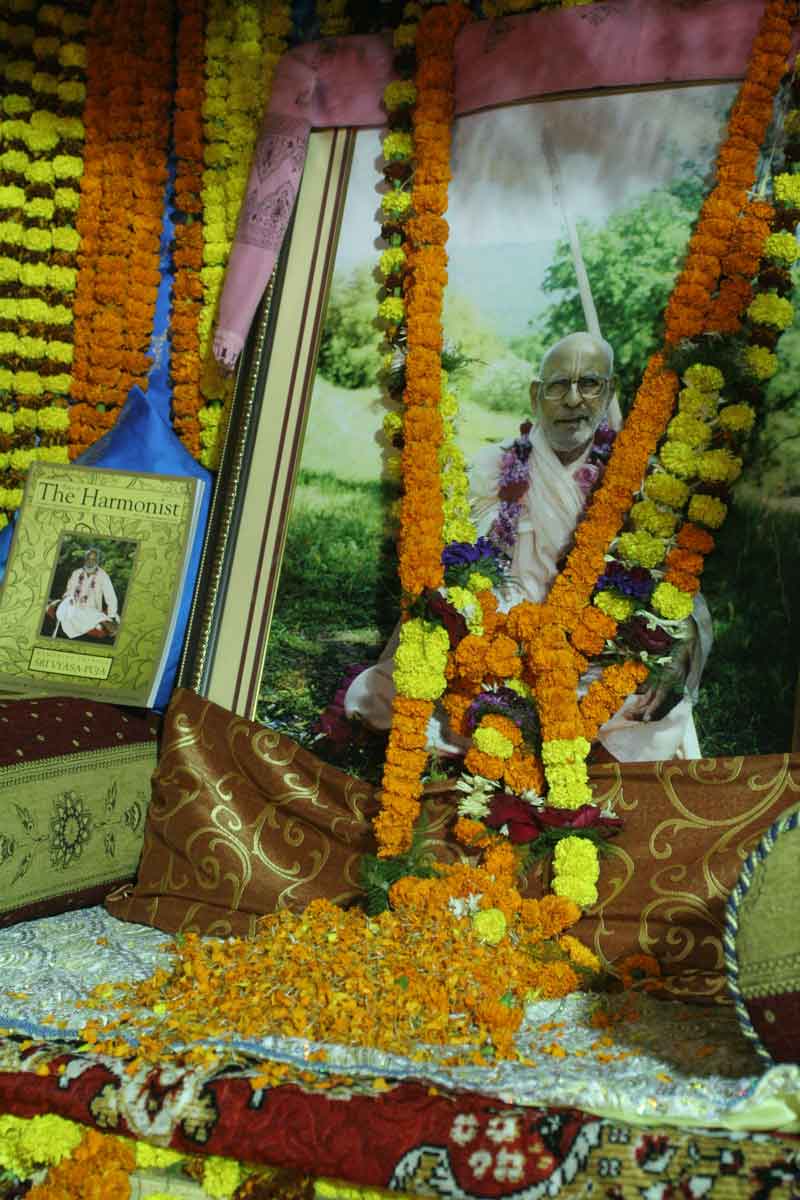 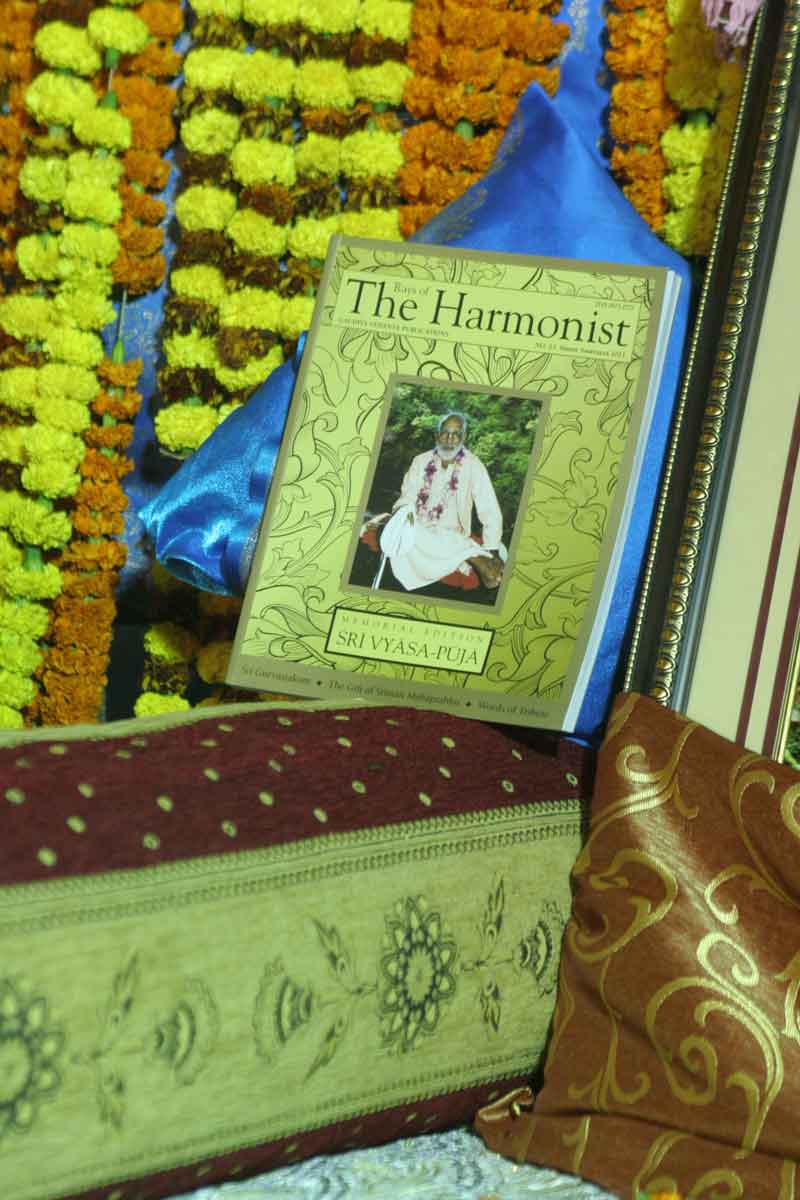 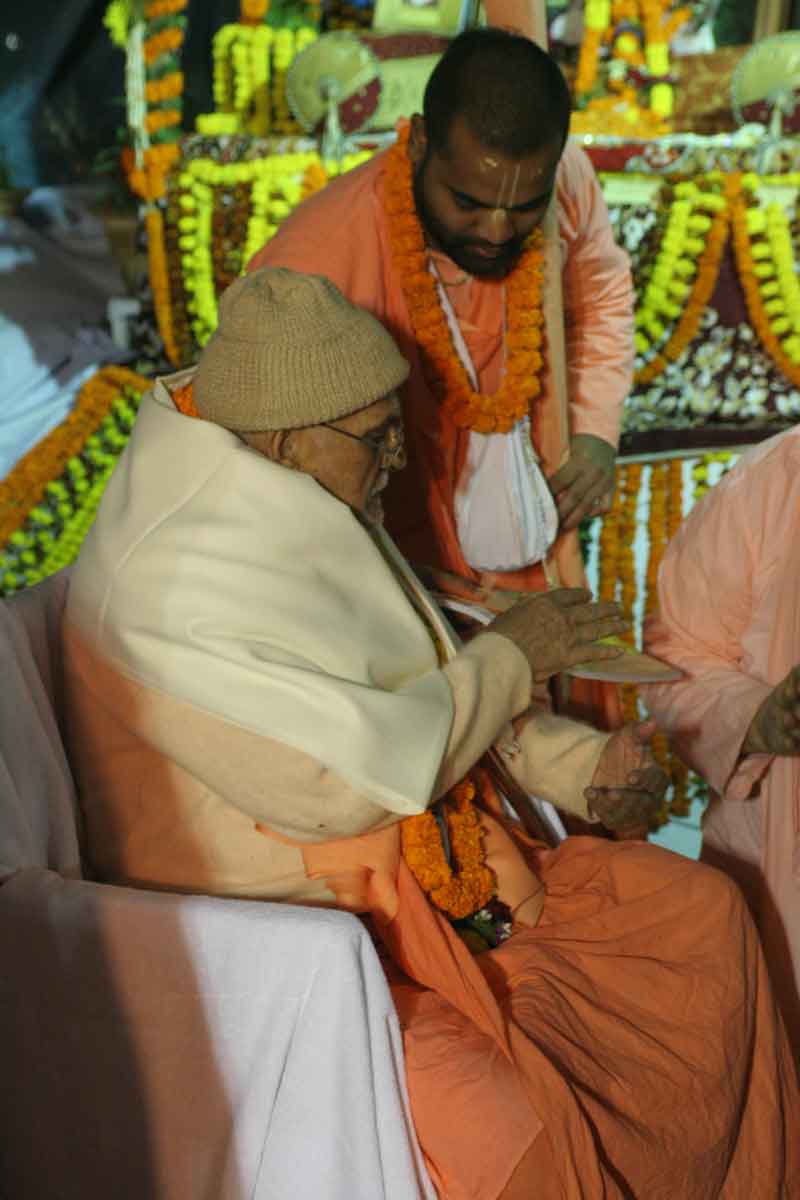 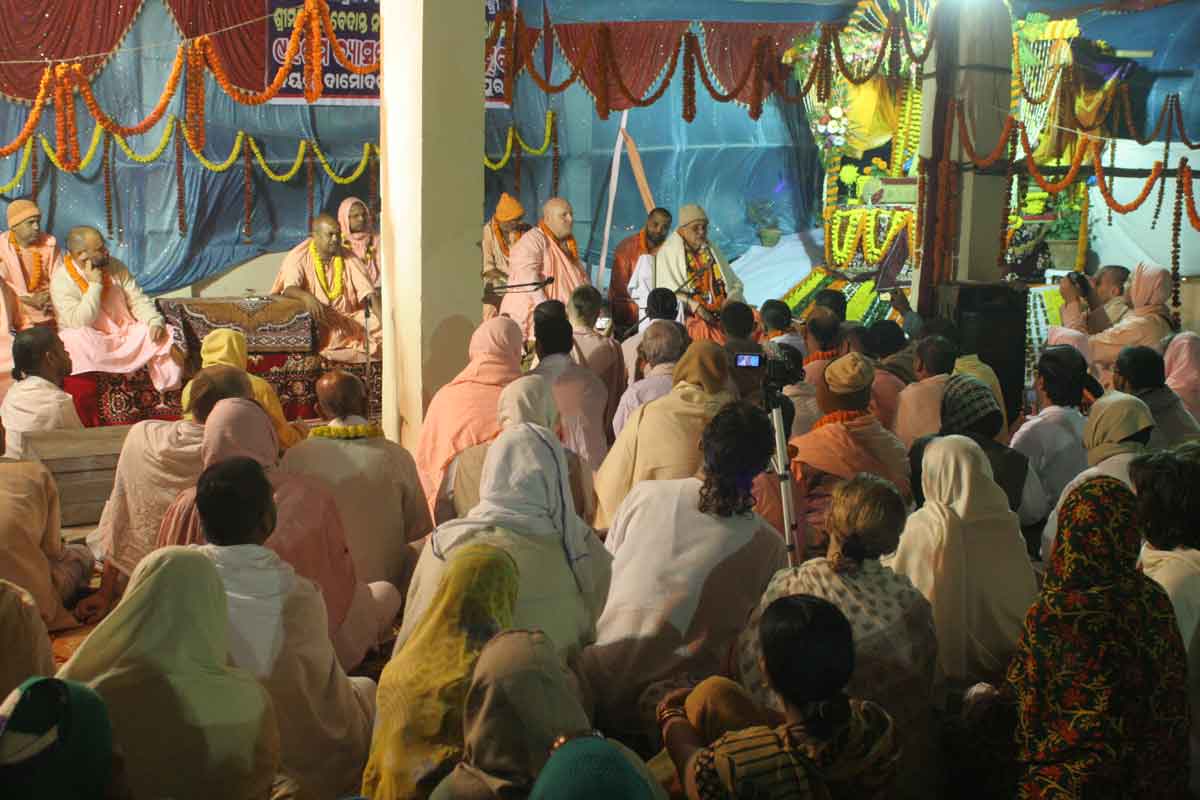 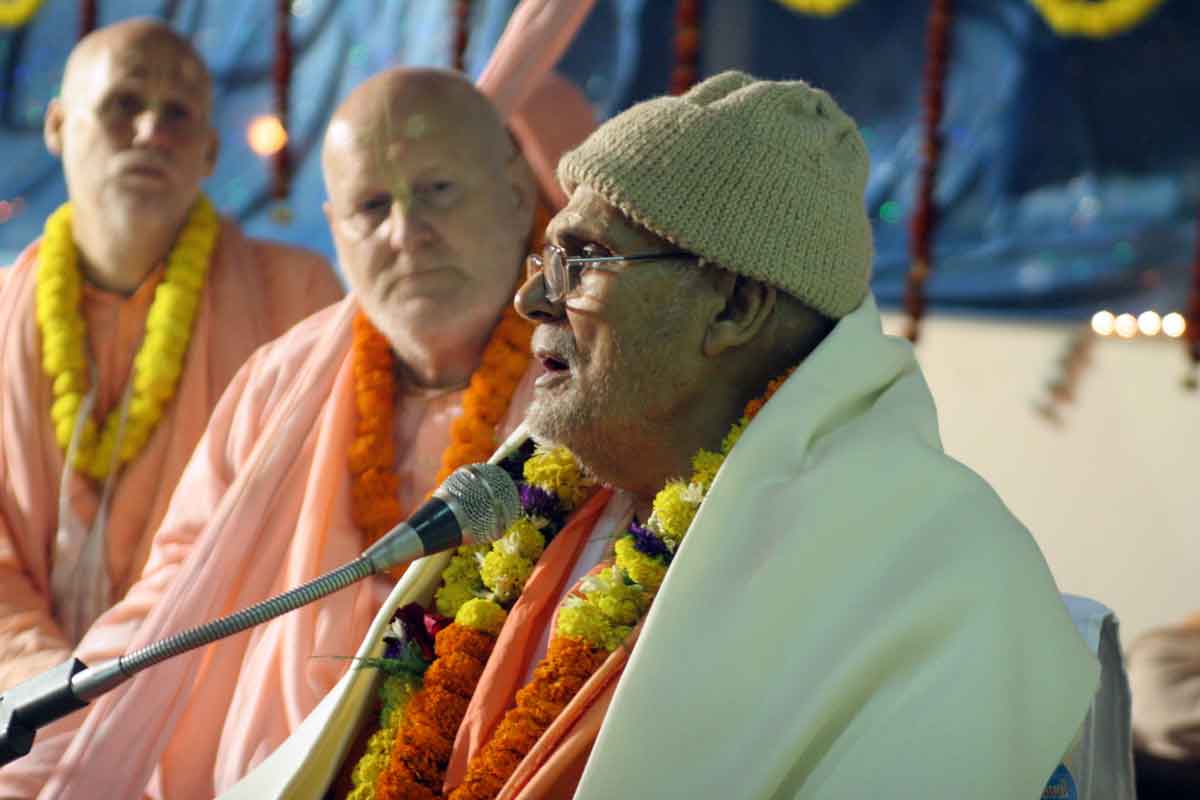 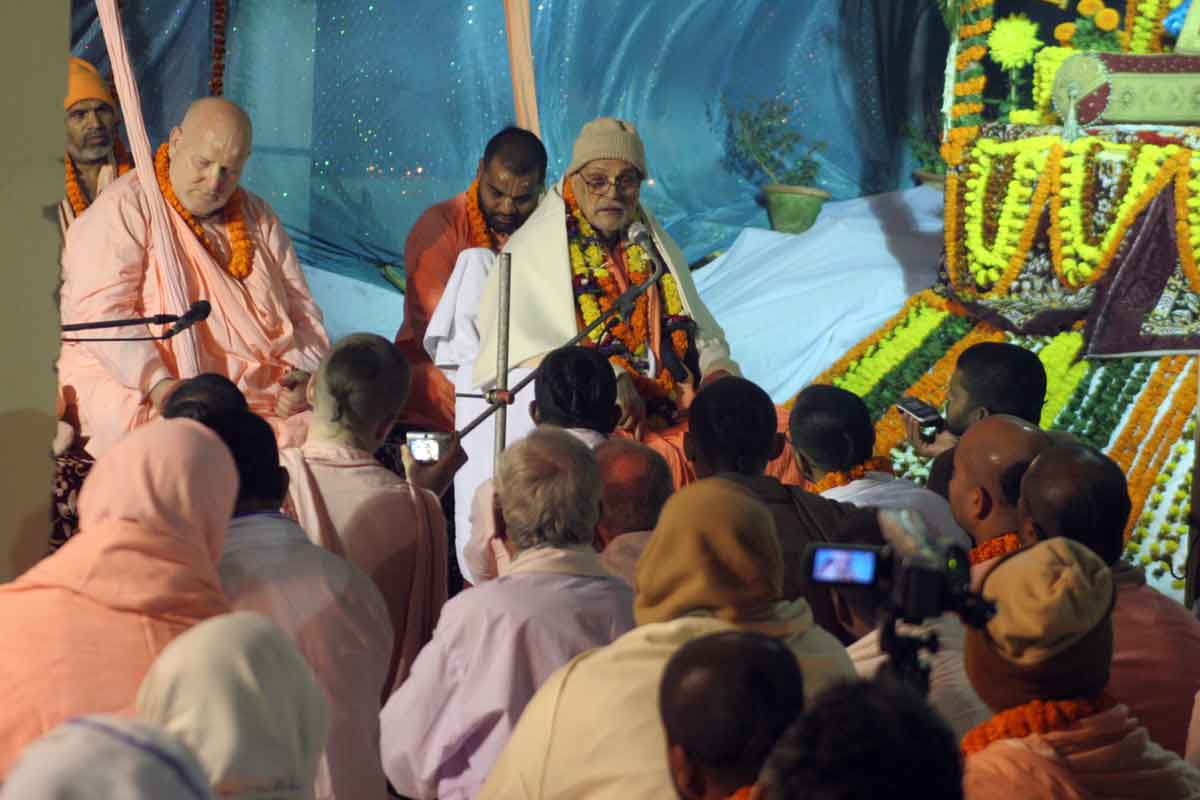 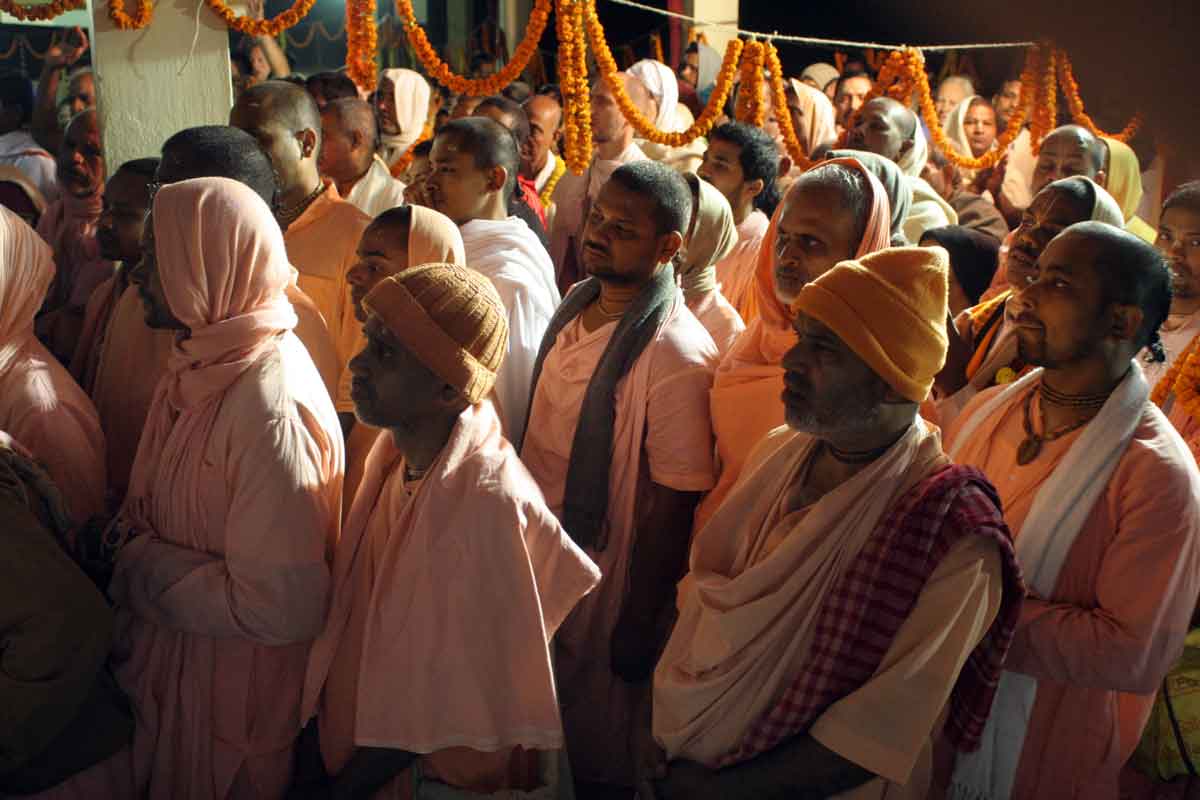 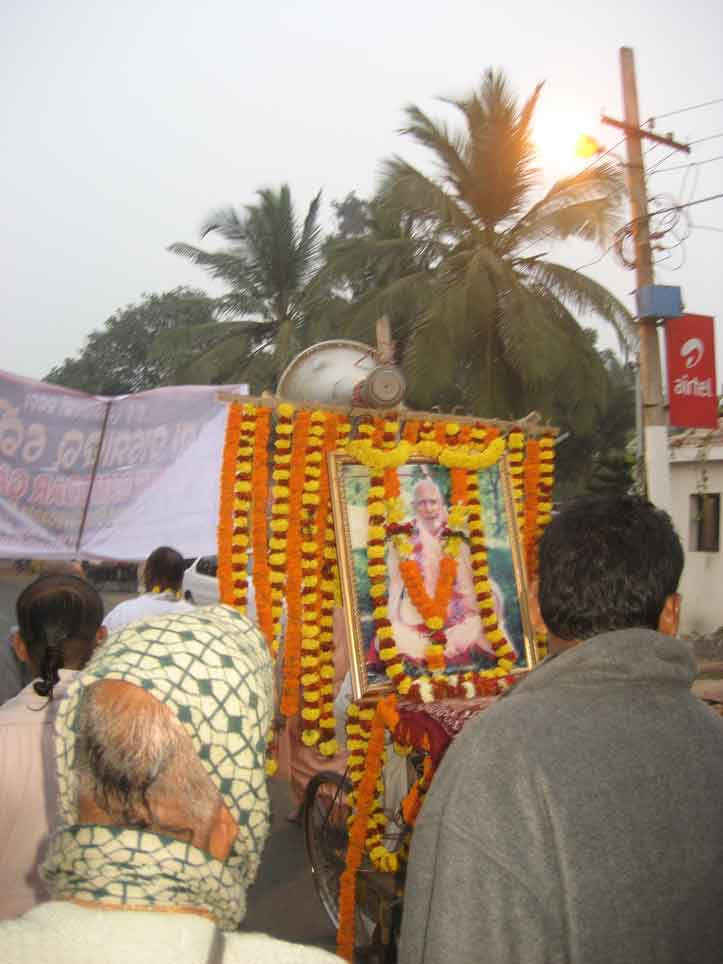 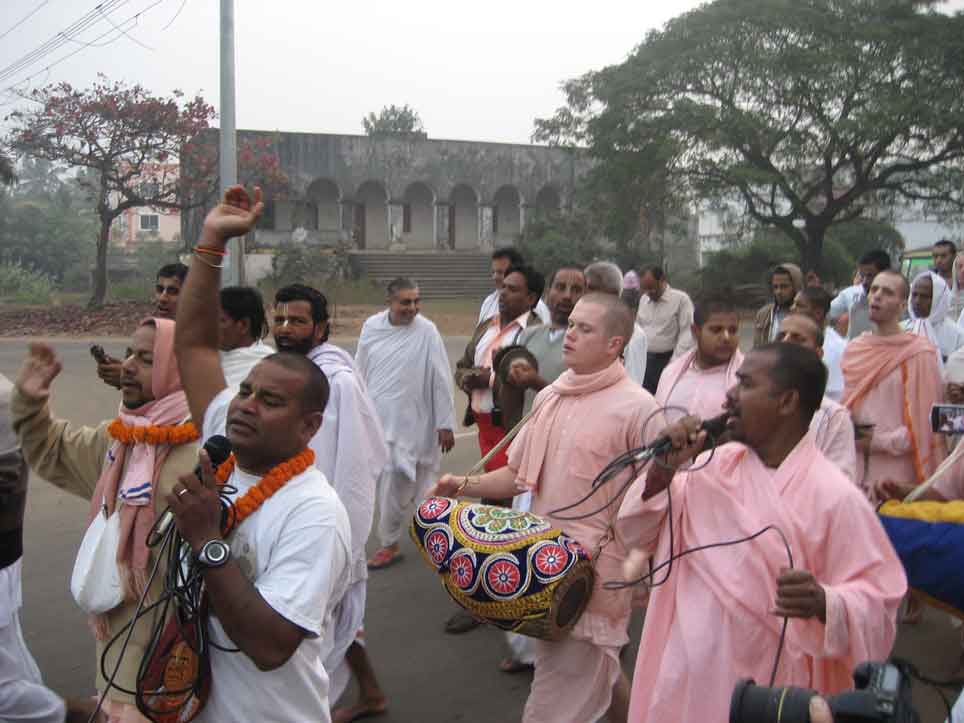