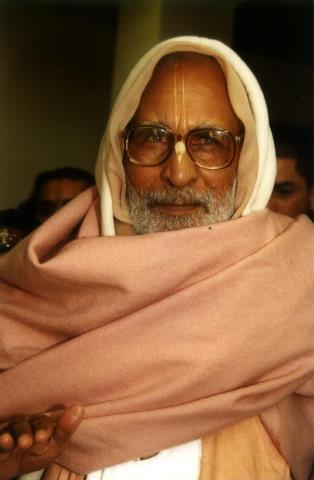 This year, 2014, Sri Vyasa-puja, the festival honoring the blessed appearance of our paramaradhyatama-sri-gurupada-padma, rasika-kula-cudamani nitya-lila-pravistha om visnupada 108 Sri Srila Bhaktivedanta Narayana Gosvami Maharaja, was celebrated at his transcendental maha-samadhi pitha in Sri Navadvipa Dhama. This festival was performed under the guidance of prapujyapad Srimad Bhaktivedanta Madhusudana Maharaja, who came by train from Vrndavana to perform sri-guru-puja and vaisnava-seva and then returned again the next day to Vrndavana. Since Srila Gurudeva’s divine disappearance from our mortal vision in 2010, Maharaja has come twice each year  to worship him at his samadhi-mandira on the occasions of Sri Vyasa-puja and Sri Guru-purnima, thus giving us continuous inspiration to adore the lotus feet of our holy master and re-dedicate ourselves to his loving service.

As in previous years, beautiful decorations were made and elaborate guru-puja and abhiseka were performed under the guidance of Srila Gurudeva’s sannyasis according the principles of vaisnava-tantra. Afterwards, about twenty-five invited tridandi-sannyasis from various other branches of our Sri Gaudiya-Sarasvata family assembled to perform hari-kirtana and offer their puspanjali and glorification of Srila Gurudeva. After sankirtana, hari-katha and the midday arati of Their Lordships Sri Sri Gaura-Radha-Vinoda-bihariji and Sri Laksmi-Varahadeva, all sannyasis and sadhus were offered gifts and donations and served a sumptuous feast of maha-prasada along with more than one thousand other vaisnavas and dhama-vasis. 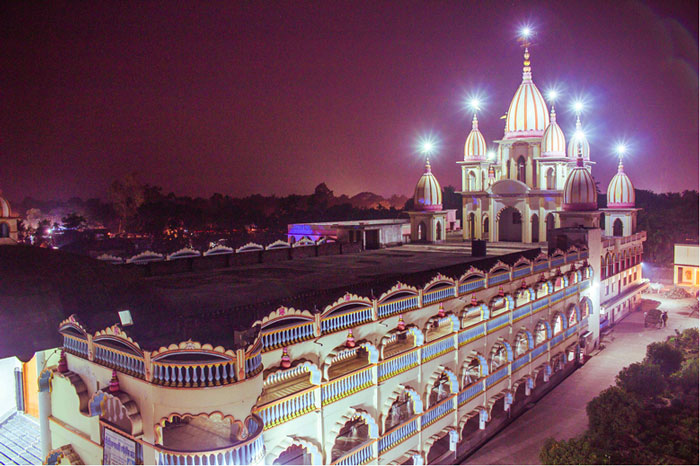 Faithful devotees assembled from all over the world to serve and celebrate Srila Gurudeva’s divine Vyasa-puja festival in his direct presence and under shelter of his intimate servitors, and thus they all became enlivened and refreshed in their eternal relationship with his lotus feet.

Following the day of Sri Vyasa-puja, our pujyapada Sri Bhaktivedanta Damodara Maharaja and pujyapada Sri Bhaktivedanta Sadhu Maharaja lead a party of fifty pilgrims on a seven-day parikrama of Sri Navadvipa Dhama’s nine islands, as well as Ambika-kalna, Phuliya, Katwa, Yajigrama, and Ekacakra Dhama. By the unrestrained mercy of Sri Gaurahari-Guru-Vaisnava, the devotees’ lives thus became fortunate by collecting these invaluable impressions of bhakti within their hearts.