Srila Narayana Maharaja has been in Oahu, Hawaii for the past six weeks on a writing retreat. He has been staying in the home of Sripad Vrndavana prabhu on the North Shore, as he has been doing for the past few winters.

On January 7th, a short darsana was held in his quarters. During the darsana, he told the fifteen devotees present, “Here, I have finished Rasa-pancajayee. Now, I am going to finish Catur-sloki Srimad-Bhagavatam, with commentaries of so many of our acaryas such as; Sridhara Swami, Srila Visvanatha Cakravarti Thakura, Srila Jiva Gosvami, Sri Vallabhacarya, Srila Prabhupada Vivrtti, Srila Bhaktivinoda Thakura and others. I have finished Gaura-ganoddesa-dipika and Radha-krsna-ganoddesa-dipika. I am also going to translate Navadvipa Dhama Mahatmya, written in Bengali by Srila Bhaktivinoda Thakura, into Hindi.”

Srila Narayana Maharaja will go to Kona on January 12th, where a hari-katha festival will be held from January 13th-19th. When asked what he will speak about during the festival, he replied, “Whatever Krsna inspires me to speak, I will speak. Maybe I will speak about the sweet pastimes of Krsna. First, Narada-carita, then Prahlada-carita, Bharata-carita, then Tenth Canto, and especially the glorification of the gopis.

“At first I wanted to speak on Madhurya-kadambini, which I spoke about in Govardhana during Kartika. If everyone will like this topic, I will speak on that first.”

(For information about the hari-katha festival in Kona, please go to www.purebhakti.com events).

Three  captions below to historical remote images that have disappeared off remote servers (use your imagination): 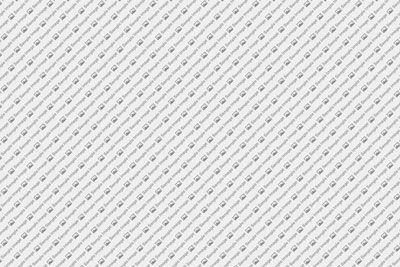 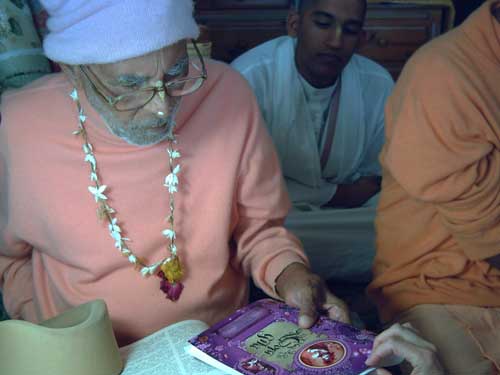 Savitri didi telling that she has been putting up posters and distributing flyers all around the island, for the festival in Kona.