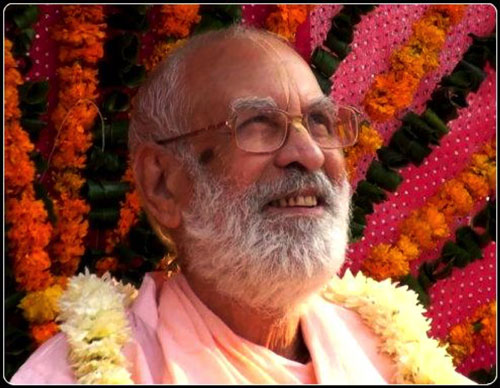 Our beloved Srila Gurudeva, Srila Bhaktivedanta Narayana Gosvami Maharaja’s manifestation in his Divine form was scheduled to take place on 17 March as mentioned in the 2016 Navadvipa Parikrama announcement. We feel sad to inform you that due to circumstances this festival has been postponed. We deeply regret the inconvienances that is caused.

As mentioned in our previous announcement, following Srila Gurudeva's desire and instructions, we invite all his beloved sons, daughters and all to attend Sri Navadvipa-dhama Parikrama 2016, on his behalf.

Srila Bhaktivinoda Thakur, one of the most important Acaryas of our Sampradaya, writes in his Navadvipa-dhama-mahatmya:

The result of staying only one day in Navadvipa –

“O brother, the result one obtains by residing at any of the other holy places for many days will be received by residing for only one day in Sri Navadvipa.”

Therefore, all the sincere devotees of the Lord who desire pure love of Godhead are cordially invited to take part in the parikrama of Sri Navadvipa-dham.

That devotee who performs his devotional practices aspiring for the transcendental mellows of Vraja can easily attain this vraja prema by taking exclusive shelter of Sri Gaurasundara and His dear associates in Sri Navadvipa dhama, where offences are not considered. Devarshi Narada, Sri Uddhava and other exalted saints possess a high caliber of prema, but still they aspire to acquire this rarely attained vraja prema. Sri Gaurasundara's abode easily bestows this prema.