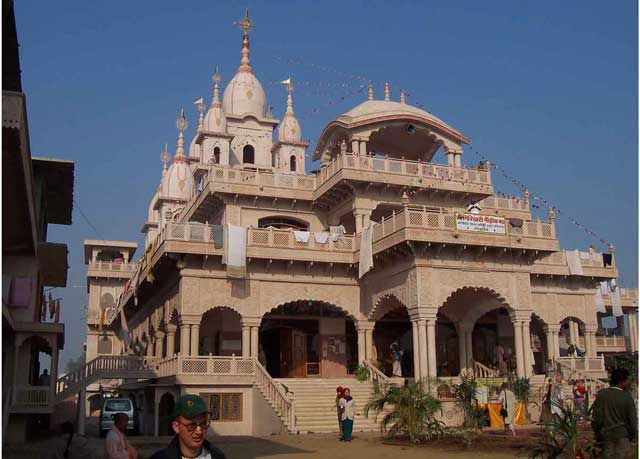 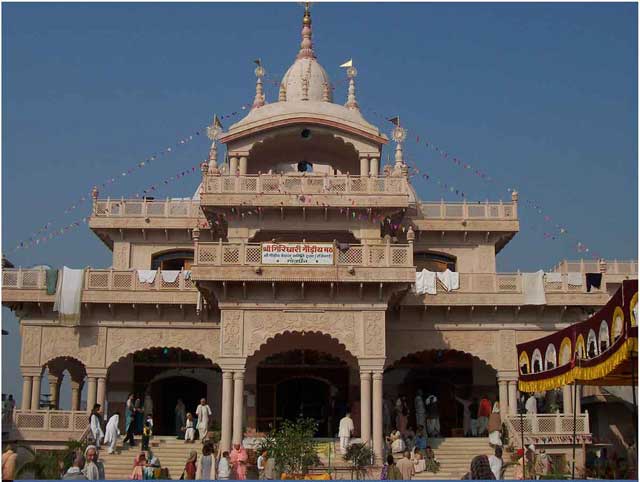 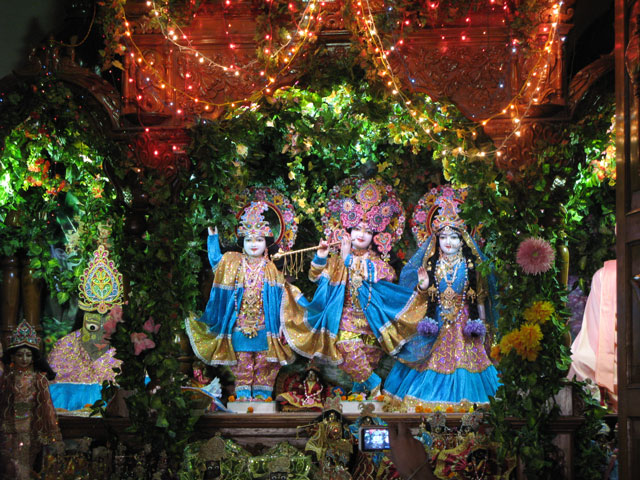 The Giridhari Gaudiya Math and Guest House is a wonderful place to stay while visting the surrounding holy places below. 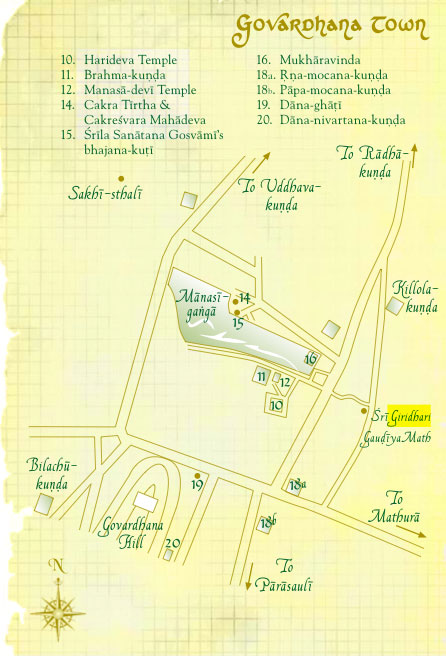 Śrī Kṛṣṇa protected Vraja by holding the enormous Govardhana Hill on the little finger of His left hand for seven days, thus shattering the pride of Indra. Girirāja has descended from Śrī Kṛṣṇa's transcendental abode Goloka-Vṛndāvana to Vraja on this Earth planet. He came with secluded bowers, caves, pure lakes and ponds, and various minerals, like red ochre (gairika), that are useful in the service of the Divine Couple Śrī Rādhā-Kṛṣṇa.

Girirāja-Govardhana is non-different from Kṛṣṇa in tattva, yet he is considered to be hari-dāsa-varya, the best among all the servants of Hari. The gopīs spoke of him as follows: "O my friend, this Girirāja is the topmost among Śrī Hari's servants and is absorbed in supreme bliss, being always touched by Śrī Balarāma's and Śrī Kṛṣṇa's lotus feet. Girirāja serves and satisfies Śrī Kṛṣṇa, Balarāma, the cowherd boys and the cows by providing them with water from his pure lakes and ponds, with lush grass, fruits, roots and various minerals like gairika."