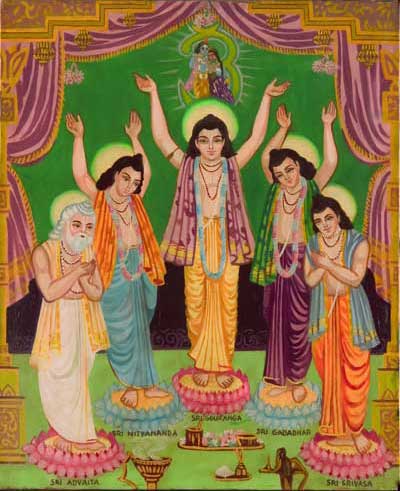 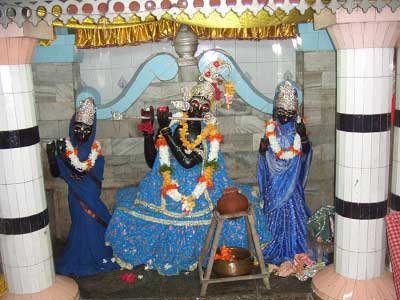 *[Endnote by editor: – From of a letter by Srila Bhaktivedanta Svami Prabhupada, dated June 16, 1968: "A similar example is Lord Caitanya. Although He is Krsna Himself, He appeared as a devotee, not as the Supreme Personality of Godhead. We should accept the Lord's mood in particular appearances and we should worship Him in those moods. Because Lord Caitanya is Krsna Himself, somebody may worship Him in the same manner as Krsna. But Krsna was in the role of enjoyer, and Lord Caitanya was in the role of being enjoyed. The party known as gauranga-nagari is therefore considered to be deviated from pure devotional service. This is on account of it giving Lord Caitanya the same facility as Krsna, which He did not like. Our service mood should be compatible with the attitude of the Lord. It is not that we should overlap the attitude of Krsna upon Lord Caitanya, or Lord Caitanya upon Krsna, or Krsna upon Ramacandra, or Ramacandra upon Krsna."]