Dear Devotees,
You will be happy to hear that on 04/16/2009 there was a beautiful Go-Puja and Giriraja Govardhan Anakuta Maha Mahotsava performed in New Braja Dham headed by Srimati Uma Didi. 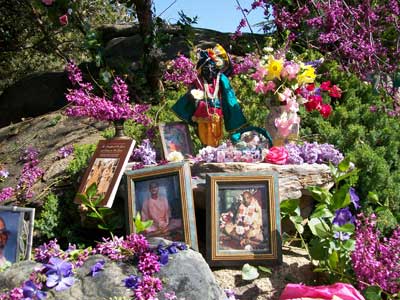 One devotee once described our simple life in New Braja: In the summer Srila Gurudeva comes, the rest of the year we wait. But this year our feelings of separation from Gurudeva will not be dispelled by his arrival. For the first time since 1996, Srila Gurudeva will not be coming to visit New Braja. But out of his causeless mercy and love for us, he arranged for his senior and very dear devotee Srimati Uma didi to come and inspire us in our bhakti for a whole week. 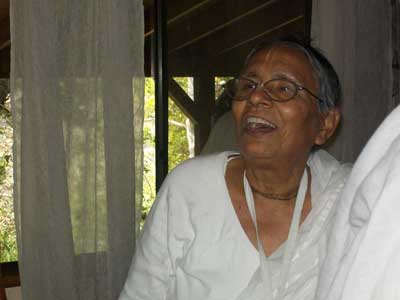 Besides giving wonderful classes and instructing with so much of Gurudeva's mood of affection and compassion, Uma didi also inspired us to perform Govardhan Anukuta Mahotsava as has been done each summer when Gurudeva comes. Orchestrating the ladies in the kitchen, over 170 preps were made, half by Uma didi herself on a days notice. As for as possible, we observe all the principles of worship as we do when Srila Gurudeva is personally here. Most of us felt his strong presence. 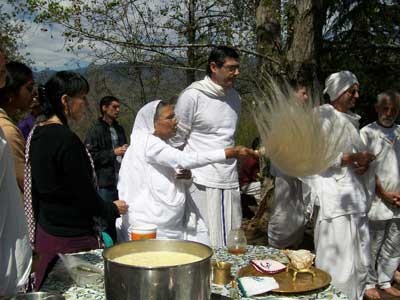 We are grateful to Srimati Uma didi for coming to New Braja and inspiring us so much despite our separation from Srila Gurudeva. She encouraged us that this place New Braja is not an ordinary place. Gurudeva's lotus feet have traversed this small village for 13 years. His harikatha has purified all living entities, trees, creepers, animals, birds for the same amount of time. Indeed this place is a holy tirtha. It is important to preserve the mood and teachings of Srila Gurudeva in this holy place that he has establish. 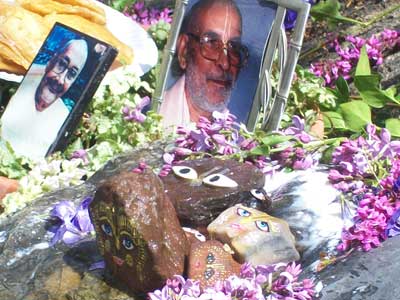 Wherever Gurudeva visits and speaks harikatha he manifests Vrindavan dham and he named this place New Braja. So by inspiration received from Srimati Uma didi, we residence of New Braja are feeling renewed inspiration as enthusiasm to fulfill the transcendental vision Srila Gurudeva has for this special place. 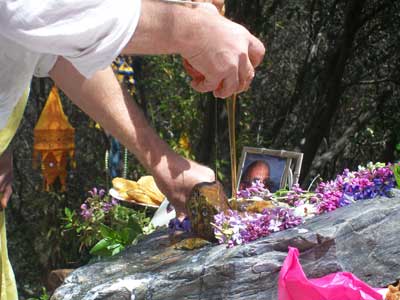 May our bhakti become steady like this stream of honey bathing Giriraja. 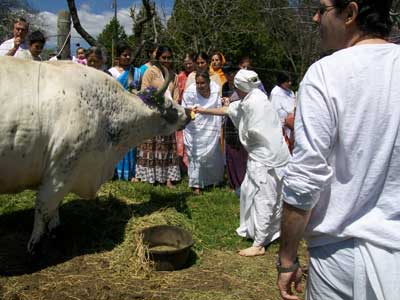 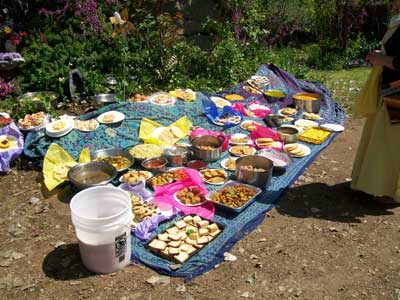 Approximately 150 different preparations were offered, at least half of which were cooked by Uma Didi herself..This was all done practically spontaneously by only a small handful of devotees as if somehow or other by magic. (Or was it Gurudeva's mercy?) Everything was very beautiful, sweet, and harmonious. 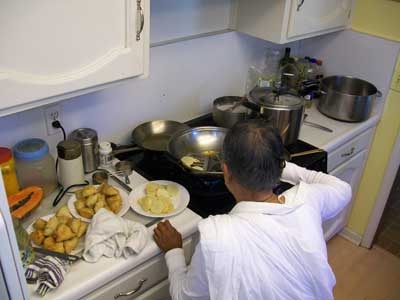 It was really wonderful to carry on the tradition without interuption again this year. Uma Didi reminded us of how Srila Gurudeva had called Giriraja to appear in New Braj and that Gurudeva himself was also spiritually present. Personally I felt really blessed and satisfied that Giriraja was worshipped so nicely by one of Srila Gurudeva's most senior representatives and also very fortunate to taste some of Uma Didis fantastic cooking. 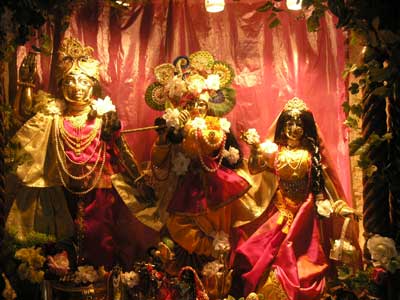 The prasadam was amazing.We are already looking forward to next year, when hopefully Srila Gurudeva will be leading the proceedings once again! Giriraja Govardhan Kijaya! Sri Sri Radha Govinda Kijaya!