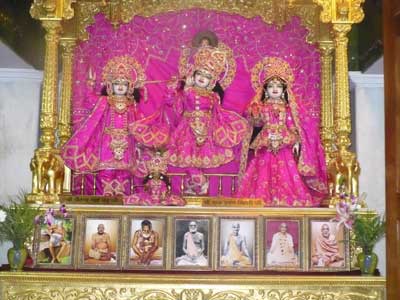 We have been staying in Delhi at Sri Sri Ramana-bihari Gaudiya Matha since October 7th, and will do our best to share our experiences over the past 10 days. Usually we don't write a photo-tour report with devotees' personal experiences and feelings, but this is such a heartfelt time that we beg your permission to do so. 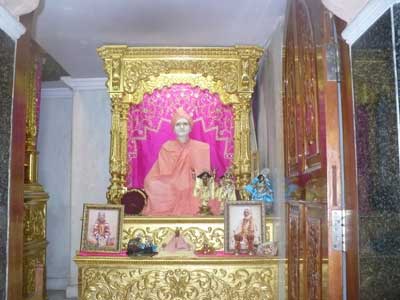 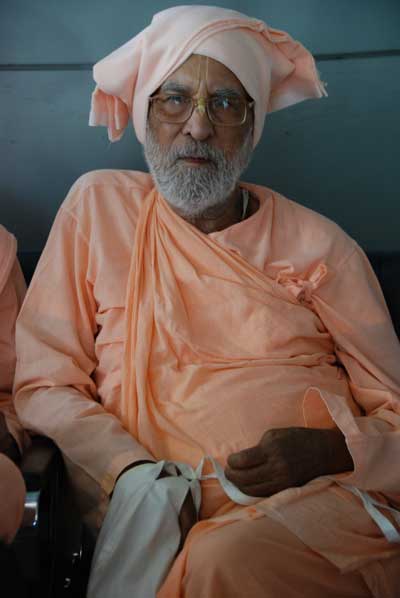 Every morning after mangala-arati we go to where the devotees perform the sweet bhajanas on the patio outside Srila Gurudeva's door. Devotees coming from all over the world sit together and all sing prayerfully, offering their love and devotion. . By Srila Gurudeva's mercy most of us are now chanting them with greater sincerity then ever before. 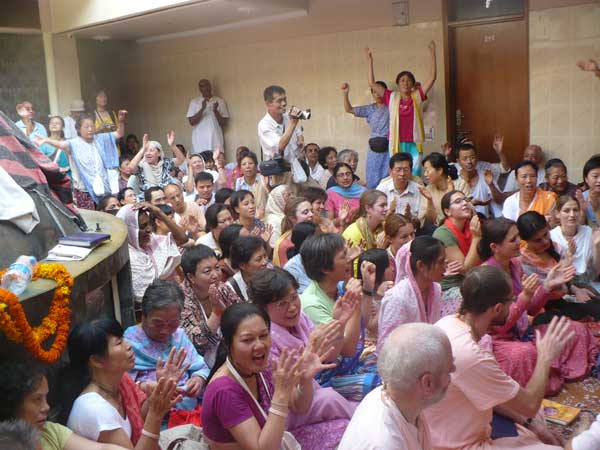 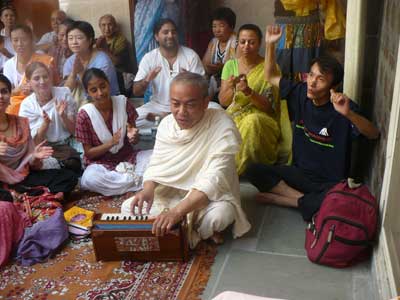 Gurudeva's life is always for others, continually teaching us this by his example and demonstrating that one with bhakti has everything to give and nothing to take. He is certainly the embodiment of this principle. 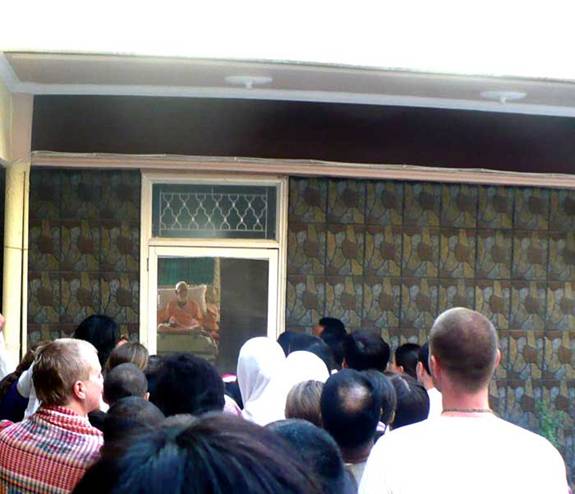 Sometimes, the curtain behind the screen door to Gurdueva's room is drawn and devotees can take darsana of him.

In the early morning, Srila Gurudeva often sits on a swing on his balcony. Sometimes Brajanath prabhu and Sripad Madhava Maharaja point out devotees taking darshan in the car park below, who have just arrived. The devotees there perform guru-puja and nama kirtana. As Gurudeva returns to his room, he oftentimes turns to give his blessings or wave to them, and of course, all become thrilled.

"A Vaisnava is always protected by the Supreme Personality of Godhead, but if he appears to be an invalid, this gives a chance to his disciples to serve him" (Sri Caitanya-Caritamrta Adi-lila 9.11 purport).

Manjari dasi: "Everything Srila Gurudeva does is his mercy, even this pastime. He is not controlled by any condition. He is increasing our opportunity to serve him and his mission. He is so powerful that he is reaching people's hearts all over the world. He is carrying all of his devotees to come be with him. In fact, Srila Gurudeva is giving all of his disciples and friends, regardless of where they are in the world, an opportunity to deepen their relationship with him.

"I am reminded how, although Ganga-devi may appear to have foam and bubbles within her waters, she is not material. She never becomes contaminated, but remains completely transcendental and is able to purify all who come to bathe in her waters (gangara parasa hoile pascate pavan). And Sri Guru is more pure and spiritually potent than Ganga-devi (darsane pavitra koro ei tomar guna). Performing kirtana by Srila Gurudeva's door, in the shade of his lotus feet, is transforming me. I am the one who is diseased, not him. And by mercifully giving me this opportunity to perform some seva, he is healing me and curing me of my own hrd-roga, anarthas and offenses. He is giving us these kirtanas from his own heart. He is lifting us up out of our tears, he is generating a festive mood of unity, surrender, and devotional service."

As sad-guru, his mercy is not restricted to the hundreds of devotees present in Raman Vihari Gaudiya Matha in Delhi, but extends without any limits of time, place, or circumstance. He is hearing all of our prayers, caring for our welfare, nourishing our bhakti, and showering many spiritual gifts upon us. It is up to us to receive and reciprocate accordingly.

Book Distribution at the Commonwealth Games 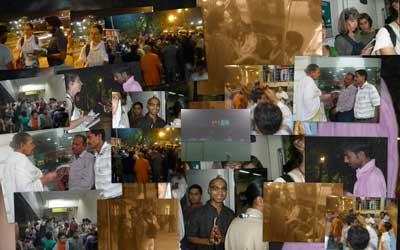 Six devotees came to Delhi on October 7th. to distribute books at the Commonwealth Games, which last for seven days. We brought all the small books that survived the Yamuna flood in Gopinath Bhavan, such as Way of Love and others. We were told by the devotees in Delhi that the best time to distribute books would be in the evenings after big events like wrestling and hockey, and also on the last night at the closing ceremonies. Every evening we would leave the temple at around 5pm and return between 11pm and midnight. Soon, we will send an elaborate report specifically about that, but right now you can visit http://www.youtube.com/watch?v=_eVv-vq2VMs.

Although Gurudeva seems somewhat frail, when we were in front of the stadiums where masses of people had gathered for the Games, Gurudeva's energy was explosive. There, he was doing everything – inspiring hundreds of people to take books and participate in huge kirtanas, and inspiring us to do what we never thought was possible, through nama-sankirtana and book distribution.

After the Commonwealth Games ended, we were able to offer Gurudeva the donations we received from the books (4,190 books) as he sat on his balcony in the morning. He put his hand in the bag and touched all the money, and then tapped it three times. It felt so powerful, as if he was blessing all those jivas who, from their hearts, had given donations for the books. Then, saying, "Bahut accha" (very good) he gave blessings with his hand. 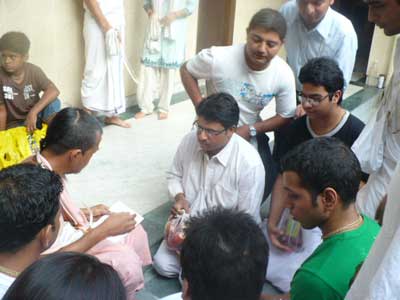 In the last few days, Srila Gurudeva has been mercifully giving several harinama and diksa initiations. He touches the neck beads and japa beads, and he touches the paper on which the diksa mantras are written (for those who are receiving second initiation). Outside his room, a senior devotee explains the mantras and the significance of initiation.

"Thus the spiritual master is not different from the Supersoul sitting within the heart" (Srimad-Bhagavatam 4.28.52, purport). "So this Paramatma is also incarnation of God. And the same Paramatma, when He comes before you, being very much merciful upon you, to teach you from outside, that is guru" (Srila Prabhupada's Srimad-Bhagavatam lecture, Los Angeles, 1972). "The spiritual master is external manifestation of the Supersoul" (Srila Prabhupada's letter to Rupanuga: Feb 22, 1972). "The spiritual master as the visible manifestation of Krsna is necessary, therefore, to direct the devotee on behalf of the Supreme Personality of Godhead" (Nectar of Devotion, Chapter 14). "Only out of His immense compassion does the Personality of Godhead reveal Himself as the spiritual master" (Sri Caitanya-caritamrta, Adi-lila 1.46, purport). "The true acarya, the spiritual master of the entire world, must be considered an incarnation of Krsna's mercy. Indeed, he is personally embracing Krsna" (Sri Caitanya-Caritamrta, Antya-lila, 7.12, purport).