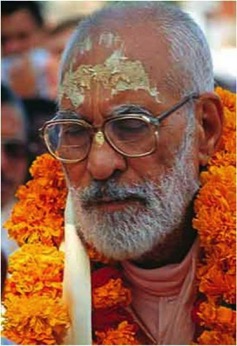 The following SEMINARS will be presented:

Prakashatma prabhu is a diksa disciple of Srila A. C. Bhaktivedanta Swami Prabhupada and also a siksa disciple of Srila Gurudeva, and has devoted his life to both. He studied and lectured Vedanta, the Sandarbhas, Theology as well as Sanskrit at the University in Paris. He currently works as a christian minister with a diocese and congregation in Paris.

Sarvabhavana prabhu is a diksa disciple of Srila AC Bhaktivedanta Swami Prabhupada and a siksa disciple of Srila Gurudeva. He is a Sanskrit scholar, philosopher, mystic, author, translator and lecturer. Since 2012 he has regularly worked as a lecturer at the Theological Faculty Humboldt-University in Berlin. He studied English Literature and Philosophy in Kolkata and also at the University of Fine Arts in Hamburg, Germany. He also studied religion and philosophy at the University of Kolkata 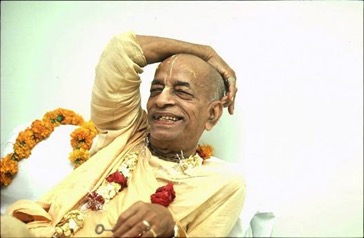 Sripad Radha Govinda prabhu is a disciple of Srila Bhakti vallabha Tirtha Maharaja. He is extremely dedicated in practicing and distributing the process of Gaudiya Vaisnavism, especially through Namahatta groups in Mumbai City.

Narasinga prabhu is a disciple of Srila Bhaktivedanta Narayan Maharaja. He is an inspired singer and speaker, the author of ‘The end of Evolution’, which refutes the theory of Darwin.

In between the seminar days we will arrange to visit different pastime places of Sri Jagannath deva, Sri Caitanya Mahaprabhu & Their eternal Associates in Sri Jagannath Puri Dham.

Attendance at the Pure Bhakti Seminars and for the [extra/chota] Navadvipa dham parikrama is free of charge. Prasadam is on donation base. Different types of accommodations are available according to one’s individual budget.

On 10 February we will travel from Sri Puri Dham to Sri Navadvip dham to attend a special pilgrimage starting on 13 Feb till 18 Feb. This will bring us to many sacred places in Sri Navadvip Dhama where Sri Sacinananda Gaurahari exhibited His beautiful, blissful pastimes for 24 years. We will hear and sing about the glories of those lilas and have darshan of the different temples, samadhis, and pastime places of Sri Gaura Nityananda Prabhu and Their eternal associates.

For assistance with accommodation and transportation during both events, you may contact Vrinda-devi dasi at: This email address is being protected from spambots. You need JavaScript enabled to view it., mob. +91 955.772.7768.

We’ll be happy and honored to help in any way possible.
Looking forward to have your association.