The Attitude of a Servant 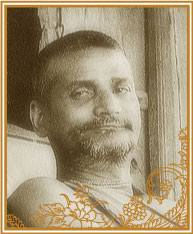 The Attitude of Being a Servant: Being Seen and not the Seer

It is mentioned in Sri Hari-bhakti-sudhodaya (13.2):

Devotees of Bhagavan are extremely rare in this world. Therefore the perfection of the eyes is to see them, the perfection of the body is to touch them and the perfection of the tongue is to glorify them. Upon seeing the title of this essay and reading this verse, many people will object to this essay even before reading it. Offering our brothers, the readers, prostrated obeisances (sashtanga-pranamas) and keeping a straw between our teeth, we earnestly beseech them to hear us. By submissively approaching the lotus feet of an acarya who is the personified conclusion and the manifested embodiment of sastra, we can understand that our consideration of sastra is based on external perception and is nothing but the whim of our minds. Whatever sastra refutes or rejects we, according to our desire, accept as the subject and essence of sastra.

Such a statement has been delivered by the servant of a Vaishnava at his lotus feet, after the servant has received the Vaishnava’s mercy and been overwhelmed by gratitude for him. Unless a Vaishnava bestows his mercy upon us and reveals his svarupa, there is no possibility of us knowing and understanding him. When the Vaishnava mercifully reveals his svarupa, the jiva remembers his previous mundane, sensual, worldly perception of that Vaishnava and he naturally feels a deep anguish in his heart. That specific form of the Vaishnava who is devoted to the service of Bhagavan, attracts him to such an extent that as soon as a previous mundane conception of the Vaishnava appears on the path of his memory he feels disgusted by it.

It is stated in the above verse, akshnoh phalam tvadrisadarsanam hi – the perfection of the eyes is to have darsana of a Vaishnava. In such darsana the mood to render service under that Vaishnava’s guidance is indeed expressed. Vaishnavas know no one other than Bhagavan. In turn, the vaishnava-sevaka knows nothing but rendering service according to the direction of the Vaishnava.

This sevana-dharma, service attitude, of the servant does not aim at attaining his own enjoyment through acts of seeing and touching that Vaishnava. Bhagavan and Bhagavan’s devotees only accept our nature (svarupa) that is devoted to service. They never accept our mundane nature, which is devoid of service.

Bhagavan is not a mundane entity (prakrita-vastu). Similarly, the suddha jivatma is also not a mundane entity. In his pure state, the jivatma is naturally devoted to service that pleases Bhagavan. The intense eagerness for the darsana of Bhagavan that is observed in him is solely to render service to Bhagavan. The perfection of the sevaka’s feet in visiting the dhama of Bhagavan is to attain the service of Bhagavan. He cleans the temple of Vishnu with his hands, thus enhancing Bhagavan’s pleasure. The sevaka’s two eyes become blessed by collecting all types of beautiful objects solely for the service of Bhagavan. With the help of his nostrils the sevaka is led to gather various fragrant objects to assist in satisfying Bhagavan. With his tongue the sevaka performs the kirtana of Bhagavan’s name, form, qualities and pastimes, thus enhancing His bliss.

Besides this, he offers extremely tasteful foodstuffs to Bhagavan, having examined them with his tongue. The sevaka (the worshipper) has a spiritual body so that the sevya (worshipful) Bhagavan can experience the pleasure of touch from that sevaka. The Vaishnavas of the Sri-sampradaya are devoted to the conception of vidhi-marga, or regulated devotional service, and cannot embrace the purport of this in their hearts. However, in comparison, the service in the higher adhikara of the Gaudiya Vaishnavas devoted to the path of raga, or deep attachment, attains the highest extent of perfection for all the senses by this method only.

We have entitled this essay: “The Attitude of a Servant: Being the Seen, not the Seer.” This means that one should not consider himself the subject (seer) of Bhagavan. A person should never hurry to have darsana of Bhagavan with the aim of self enjoyment. When a person has kama, or the desire to please his own senses, the door to the transcendental abode of Bhagavan closes to him. And when mundane endeavours for personal enjoyment and false renunciation have been completely eliminated from the heart that has been illuminated by exclusive surrender to Krishna (krishnaika saranata), the servant’s sole disposition is to execute service exclusively for the pleasure of Bhagavan.

The transcendental gopis of Vraja dress solely for the pleasure of Krishna. Phalgutva, to falsely renounce that which pleases Krishna can never result in finding a place in hearts. Their obsession for Krishna is solely to render service to Him. Their act of looking at Krishna’s lotus face without blinking their eyelids, is also for enhancing His bliss. When Krishna sees that the gopis are looking at Him, He becomes delighted. Knowing this the gopis are exclusively intent on attaining darsana of Him. When they look at Krishna, it is not with the intention of personal enjoyment by being the subject (seer). In other words, they become visible to Krishna; they become the object seen by Him. Only to give Krishna bliss do they ‘show’ Him their nature (svarupa), which is completely devoted to His service. Here the act of ‘showing’ does not express their ego, but indicates the excellence of their service.

“Always keep in mind that the act of ‘seeing’ Jagannatha with mundane eyes is not how a servant sees Him. The servant’s disposition is to show Him the nature (svarupa) of his service attitude – in other words, to become the object (the seen). It means to come within His sight in such a way that delights the worshipful Bhagavan. The servant’s attitude is not to derive pleasure himself by seeing Bhagavan. Rather, brilliantly situated within the servant’s heart is the attitude – ‘Bhagavan will be delighted by seeing me.’ ”