Bhakti does not depend on One's Asrama 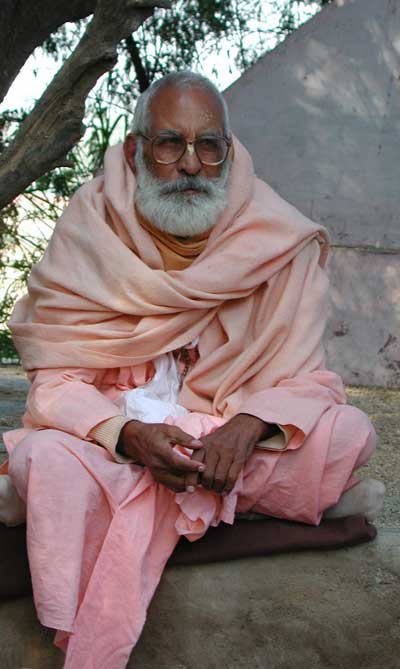 Once I was with my Gurudeva, Srila Bhakti Prajnana Kesava Gosvami Maharaja, in Assam - we were about forty brahmacaris (celibate students) and about ten sannyasis (those in the renounced order of life). One day, one of the brahmacaris was giving a class and saying that all householders are rotten. He told his audience, "They have nothing to do with bhakti. We strong brahmacaris and sannyasis can preach and do bhakti, but not these rotten householders."

At that time, none of the sannyasis or Srila Gurudeva were there in class. Afterwards we heard about what that brahmacari had been saying, and we told this to Srila Gurudeva. He at once became furious and told that brahmacari, "You are rotten. You have no connection with bhakti. You don't know any siddhanta (philosophical conclusions). Most of our acaryas (previous spiritual preceptors), and even Krsna, have been in married life. Krsna was married in Dvaraka. Even Sri Caitanya Mahaprabhu, Srinivasa Acarya, and all of the gopis were married. Are they rotten? The Pandavas were householders. Are they rotten? Oh, I think that you are especially rotten, and are not even a Vaisnava. I don't think you have taken initiation at all."

After this incident, everybody became very careful in this regard.

Advancement in devotion to Krsna depends only on devotion itself (bhakti).

"Anyone who takes to devotional service is exalted, whereas a non-devotee is always condemned and abominable. In the discharge of devotional service to the Lord, there is no consideration of the status of one's family lineage or of socio-cultural background." (Caitanya-caritamrta, Antya 4.67)]

"Whether one is a brahmana, a sannyasi, a sudra or whatever, if he is fully conversant with the science of Krsna, he is eligible to become a guru." [Caitanya-caritamrta, Madhya 8.128)]

One may be a grhastha, a brahmacari, a sannyasi, or anyone else, but if he does not know the established philosophical truths - the philosophy of the love and affection that was taught by Sri Caitanya Mahaprabhu - he is not a pure Vaisnava.

From Sri Caitanya Mahaprabhu up to Srila Bhaktivedanta Svami Maharaja and ourselves - we take this view. We do not think, "All the grhasthas have nothing to do with bhakti and they are rotten."

I prefer the grhastha devotees to the sannyasis when they are more polite than the sannyasis. If the sannyasis have a very big false ego, thinking, "I am learned; I am a sannyasi, " they will surely fall down. I see this as the very reason why all the sannyasis with false egos have fallen down. If they have not left the teachings of Srila Bhaktivedanta Svami Maharaja and his parampara - the Vaisnava line coming from Srila Rupa Gosvami - and if they have not offended any Vaisnava, they may return to the path of bhakti. On the other hand, those who are offending the Vaisnavas, their guru, and the devotees, they are not able to return.

If any sannyasi, brahmacari, or a grhastha is offending a Vaisnava, it is very harmful for him. I think that mostly the grhasthas do not make offences. They are fearful of committing offences. Nowadays sannyasis and brahmacaris are not at all afraid of committing offences; in fact they are desperate to commit offences. They are committing offences; one, after another, after another. They have no fear, but the grhasthas are somewhat polite, thinking, "We don't know anything. We don't have so much association with high-class Vaisnavas because we are in family life." In this way, they have respect for pure Vaisnavas.

Householders are more tolerant and advanced in devotion to Krsna than many modern sannyasis. They cannot fall down - they cannot give up renounced order because they have not accepted it in the first place. - whereas the sannyasis are giving up their renunciation. Sannyasis tell others to be careful with women, and that others should give up their wives and children. After saying all this, they themselves associate with women in the mood of sensual enjoyment and become lusty. Sometimes, as a reference, a teacher can say, "Don't be lusty, don't be angry, don't criticise." But if he criticises others, gradually all the bad qualities he is describing will come upon his head and in his heart.

Always glorify Krsna, Gurudeva, the Vaisnavas, and the pastimes of Sri Caitanya Mahaprabhu and especially Srila Nityananda Prabhu. Nityananda Prabhu also became a householder after some time. What harm was there? No harm. He became a householder because His wives, Varuni and Revati, were feeling separation from Him [Nityananda prabhu is none other than Balarama, whose wives are Varuni and Revati]. So He married , and there was no harm in that. His marriage was transcendental.

What we think in this world is different from the thinking of the transcendental world; in that world there is no lust. The gopis were beloveds of Sri Krsna. They had no children, and no lust and other bad qualities as we have.