No Part To Disregard 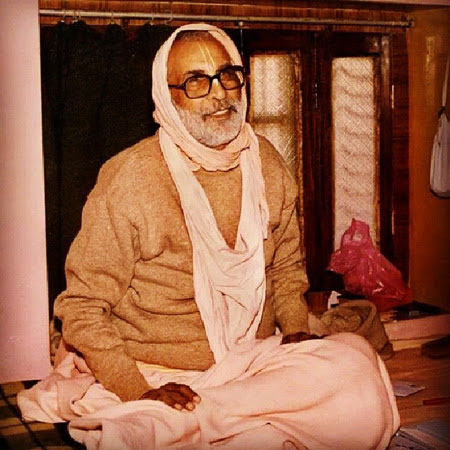 [The lecture below is an excerpt from the complete lecture.]

Srimad-Bhagavatam is Krsna Himself, and it is the essence of the entire Vedic literature – Veda, Vedanta, the Upanisads, the Puranas, and so on. Being the essence of all Vedic scriptures, there is nothing in it to be disregarded. It is a nectarean fruit coming through the guru-parampara from transcendental Vrndavana.

Srila Sukadeva Gosvami is also in the guru-parampara, and he has brought the fruit that is without any skin or seed. Thus, there is no part of it to discard. It is very amazing – it is coming all the way from the spiritual world to this planet, containing nothing but sweet juice, and yet it has not broken.

We should hear Srimad-Bhagavatam from the first canto to the last, the twelfth canto, as each and every canto is the essence of the entire Vedic literature. Srila Vyasadeva has requested us to drink this entire nectar-fruit of Srimad-Bhagavatam through our ears – not our mouth, but our ears. If one thinks that we should only hear the tenth canto, namely the chapters called Rasa-lila, Gopi-gita, Yugala-gita, and Bhramara-gita, that person is disobeying Srila Vyasadeva. That person's idea is wrong and offensive.

This idea is wrong. We must hear the entire Srimad-Bhagavatam, because Sri Krsna is Nrsimha, Krsna is Vamana, Krsna is Rama, and He is all the other incarnations. Krsna wants to hear the glories of all the devotees who have mamata, a sense of 'mine-ness' towards Him. All the devotees who worship Nrsimha, Kalki, Vamana, Rama, and Laksmi-Narayana are actually devotees of Krsna, because there is no one other than Krsna, the advaya-jnana-paratattva, the one-without-a-second Supreme Absolute Truth. In this way, no part of Srimad-Bhagavatam may be neglected.

For example, Hanuman is a premi-bhakta, and he has a great sense of mine-ness, or possessiveness, towards Lord Rama. But who is Rama? Rama is Krsna Himself. Krsna has manifested Himself in that form in order to establish maryada, or ideal behavior. The devotees of all Krsna's manifestations are devotees of Krsna, so why should we neglect them?

Once, in Naimisaranya, 88,000 learned and realized scholars gathered to hear from Sri Suta Gosvami, the disciple of Srila Sukadeva Gosvami. Sri Suta Gosvami was a most learned scholar of all Vedic literature and a fully self-realized soul. His guru, by whose mercy he was empowered, was akhanda-guru-tattva Sri Baladeva Prabhu.

The sages told Sri Suta Gosvami that Kali-yuga, the Iron Age, has now arrived. In this Age lives are short. It is very rare that in this world one will live to be one hundred years of age. Two, three, four, or ten may live that long, but not more than that. Some die in their mother's womb, and some die by accident. They may die at the age of ten, twenty, thirty, fifty, or sixty.

They work in order to enjoy happiness, but they get only problems. Their life is full of problems everywhere – problems between husband and wife, son and father, mother and son, neighbors, and everyone else. There are always differences of opinions that they are not able to reconcile.

The sages, headed by Saunaka Rsi, continued, "You are a learned scholar in all the Vedic truths. We request you to please tell us how our souls can be happy. We are not asking how these bodies can be happy. We know that we are not this physical body, which is only a bag of blood, urine, and other contaminated things."

Srila Suta Gosvami said, "I am very happy. By your questions, you have reminded me about the sweet pastimes of Krsna." He then replied to the sages' questions regarding the means of happiness:

There are two meanings to the phrase yayatma suprasidati in this verse. One is that if Krsna is pleased with us, we are pleased. No pure devotee wants his own happiness; he wants only to make Krsna happy. If Krsna is served, he will be happy. The second meaning is that the Supreme Soul is happy by our hearing about Him, and we will be happy by hearing His sweet pastimes.

Regarding the phrase paro dharmo, the meaning is that the dharma, or religion, of all living beings is certainly, definitely, and only that which is truly parama-dharma. There are a variety of religious beliefs, like Islam, Hinduism, Christianity, Buddhism, and so on, but these are not really pure religions or parama-dharma, for they are followed only to peacefully maintain our body.

If a devotee is free from most anarthas (unwanted habits and mentalities), with only some trace remaining, and that devotee continuously serves bhakta-bhagavata (the pure devotee) and grantha-bhagavata (the Vedic scriptures), his bhakti very soon reaches the stage of nistha, or steadiness in bhakti. Even this class of persons is very rare, so you can imagine how far away the gopis' mood is and how rare are the followers of the gopis' moods in this world.

You are extremely lucky to be in the line of Sri Caitanya Mahaprabhu and Srila Rupa Gosvami. You have heard their teachings from Vaisnavas, especially from vraja-rasika Vaisnavas, and you have read some books also. But please examine your heart to see whether or not you have reached the stage of nistha. If some worldly desires are present in your heart, you have not attained even nistha.

Krsna is adhoksaja, beyond our intelligence. The organs of our body are material and thus cannot touch Him; they cannot touch even His hari-katha, His glorification. One's bhakti must be ahaituki, causeless. It must be unconditional and without any interruption, flowing forth without interruption, as honey flows from a jar. Then only will one's soul be happy.

By the mercy of Sri Caitanya Mahaprabhu, Srila Rupa Gosvami knew His heart, and he has thus given the definition of bhakti in a new way, including all the previous definitions:

[Uttama-bhakti is the cultivation of activities that are meant exclusively for the pleasure of Sri Krsna. It is the uninterrupted flow of service to Him, performed through all endeavors of the body, mind, and speech, and through the expression of various spiritual sentiments (bhavas). It is not covered by jnana (knowl­edge aimed at impersonal liberation) and karma (reward-seeking activity), yoga or austerities, and it is completely free from all desires other than the aspiration to bring happiness to Krsna.]

And, in this connection, it is stated in the beginning of Srimad-Bhagavatam:

[Completely rejecting all religious activities which are materially motivated, this Bhagavata Purana propounds the highest truth, which is understandable by those devotees who are fully pure in heart. The highest truth is reality distinguished from illusion for the welfare of all. Such truth uproots the threefold miseries. This beautiful Bhagavatam, compiled by the great sage Vyasadeva in his maturity, is sufficient in itself for God realization. What is the need of any other scripture? As soon as one attentively and submissively hears the message of Bhagavatam, by this culture of knowledge the Supreme Lord is established within his heart.?*]

Srila Visvanatha Cakravarti Thakura has given a complete explanation of this verse in his Bhakti-rasamrta-sindhu-bindu. If we understand and follow Srila Rupa Gosvami's definition and Srila Visvanatha Cakravarti Thakura's explanation, if we engage in causeless and continuous bhakti under the guidance of guru and rasika Vaisnavas, then very soon, in a couple of days or maybe at once, all kinds of knowledge and realization of all topics up to sneha, mana, pranaya, raga, anuraga, bhava, mahabhava, aniruddha, mohana, and madana will manifest in us. In addition, at that time renunciation will also come. This is the process of bhakti. If you will hear Bhagavatam, or even if you are not hearing but you desire to hear, Krsna will know this. Bhakti will come, and Krsna will be controlled and captured in your heart.

I am finishing here. Please think over the contents of this class during the night. Don't sleep. Think about what we have given today, the explanation of pure, uttama-bhakti. I know that it is very rare if one can follow this. Yet, if you practice again and again, again and again, continuously, this vraja-bhakti will come.