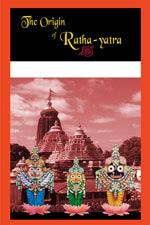 In Purī, India, more than fifty-thousand people yearly attend the ancient ratha-yātrā festival to take darśana of Lord Jagannātha on His chariot, and ten times that view it from other places in India and around the world. Still, the deep significance of ratha-yātrā, being most confidential, is not widely known. The Origin of Ratha-yātrā is rich with this significance, giving Gauḍīya Vaiṣṇavas an invaluable perspective of this festival. The book contains three separate ancient histories of ratha-yātrā as well as associated pastimes that are abundant with philosophical truths.