From a Hindi class given by 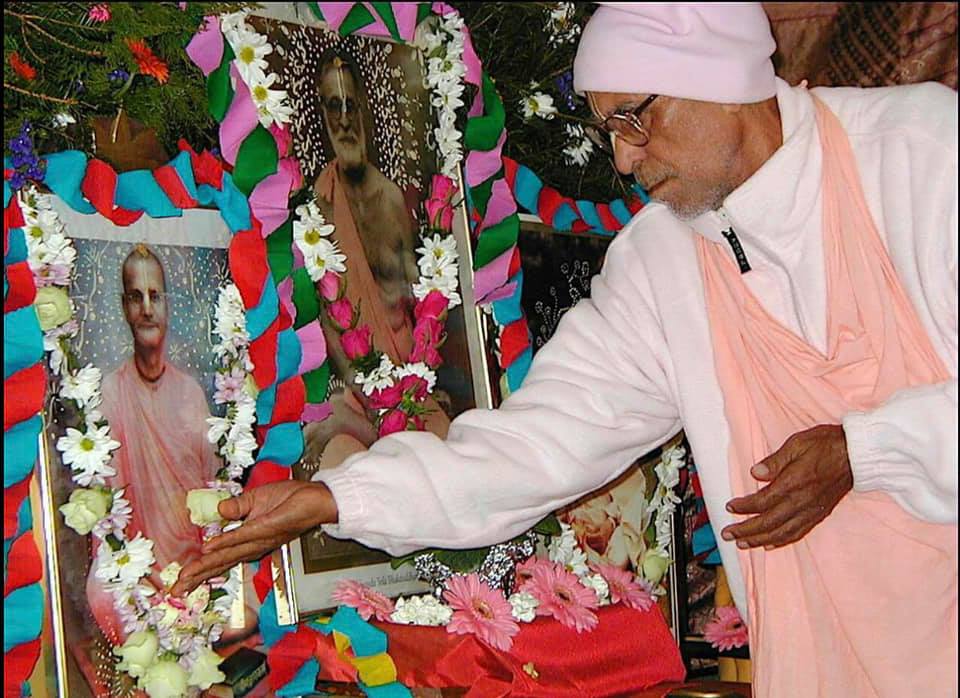 Once, when Gurujī was present, we were doing [Navadvīpa] parikramā. Some senior devotees were walking with us. In Vidyānagara, as it is the custom, I read from Śrī Navadvīpa-dhāma-māhātmya. We were instructed to read it properly, and it was I who performed this service and then explained the meaning.

Once, they raised an objection to the explanation I was giving, and an argument ensued. I was not one to agree just for the sake of agreeing, regardless of who the person was. There should be yukti (reasoning) and vicāra (deliberation). There is a place for deliberation and another place for giving honour. We will honour and serve them [senior devotees], but we will not compromise the siddhānta and accept whatever incorrect statements they might make.

They said, “For how long did we serve Śrīla Prabhupāda! And you know him better than we do?”

“You saw him with your ears! What do you mean by that?”

They came back to the maṭha from parikramā and complained to Gurujī.

My Gurujī proceeded to explain that no one can understand Prabhupāda by seeing him with one’s eyes. It is not with the eyes that one can understand one’s gurudeva. How can a person see him? One can see by the medium of the ears through those who have truly seen their guru in the real sense.

He said that a person who has seen through his ears is fit to be relied upon. We can trust him. But seeing with one’s eyes? Duryodhana and Kaṁsa saw [Kṛṣṇa] with their eyes, but their perception was wrong. But whatever Śukadeva Gosvāmī and our Uddhavajī described was after they had seen through their ears and was correct. There cannot be any mistake or error in their perception.  Whatever we hear from eternally liberated mahāpuruṣas is right, and we should rely upon that. But seeing through one’s eyes has many flaws.

Sometimes it happens that we may question someone’s conduct. Although it may be most exalted, we fail to understand it. Kṛṣṇa’s conduct is an example. How exalted it is! In this world, no one’s conduct, not even Śrī Rāma’s, is as elevated as Kṛṣṇa’s. But many people say that Kṛṣṇa’s conduct is inappropriate. They do not accept Kṛṣṇa’s character as described in Śrīmad-Bhāgavatam. Rather, they say that His character as described in the Mahābhārata, in which He displayed his viśva-rūpa (universal form), is very laudable. This is because they cannot understand [His transcendental pastimes as described in Śrīmad-Bhāgavatam].

My gurudeva’s pastimes were also like this [meaning they can be properly understood if perceived with one’s ears from one who has truly seen him].