We Will Not Let Anyone Bully Maṭha Residents

We Will Not Let Anyone Bully Maṭha Residents 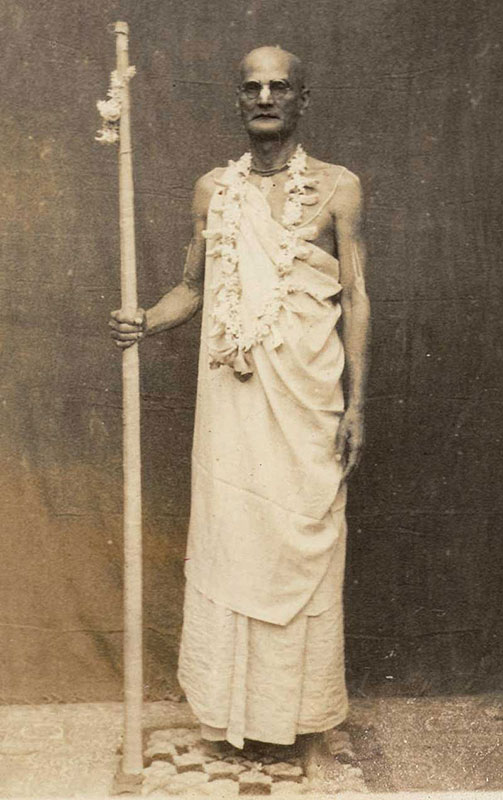 I received your and Tridaṇḍi Mahārāja’s detailed letter in an envelope and came to know all the news. Regarding your treatment, I have no objection. At first you wrote that Advaita prabhu’s surgery was performed in Guwahati and that the doctors there also wanted to do surgery on you. Who would take care of you after the surgery? Furthermore, I am not aware how competent or not the doctors there are. You can consider that yourself. But I think that if you have to go for surgery, Kolkata is a better place for that. I do not have any problem spending the money. Also, the Ayurvedic doctor at Gauripura has given you lot of assurance that you will recover well, so you can try him for one month. If you feel better, there is no harm continuing with his treatment for a few more months.

The task of constructing a boundary wall [in the Śrī Goloka-gañja Gauḍīya Maṭha, Assam] has been undertaken in an unusually unsatisfactory manner, but it is not at all appropriate to file a legal court case for this. It is better that with the help of competent persons we put in the energy to build the boundary wall on our own land. And we have to keep some strong persons for few days to guard the place. We are not doing anything illegal. If the two Biharis (persons from Bihar) come to bully us, we have to teach them a good lesson. We will not let anyone bully maṭha residents. We have to give ample lesson to those who illegally try to obstruct the activities of our maṭha, so that they never, for the rest of their life, cause the maṭha any disturbance. I do not feel it is fitting to involve the police and take out a court case like cowards.  It will cost money, cause botheration and waste time. Instead we can fully accomplish this task spending only half the amount and very soon, in one or two days. “Vīra-bhogyā vasundharā – the earth is enjoyed by powerful persons.” If the Bihari rogues can adopt this policy, why would you withdraw?

For what purpose has Adhokṣaja Bābājī returned so quickly from Goloka-gañja? I sent him to stay there permanently. If needed, I will send Pūrṇaprajña also. In the Ṭola (Sanskrit school) Urddhvamanthi Mahārāja and Kṛṣṇa-kṛpā have passed. All others have failed, including Nimāi.

The Janmāṣṭamī exhibition is going on very nicely here, better than last year. The Kavirāja (Ayurvedic doctor) has allowed me to take rice from the day of Nandotsava, but I find I have no appetite for it. The temple work will start from tomorrow. The next date for the Chũchurā maṭha court case is in November.

Thus I conclude,
Your ever well-wisher
Śrī Bhakti Prajñāna Keśava

“I Have Come From Śrī Devānanda Gauḍīya Maṭha” 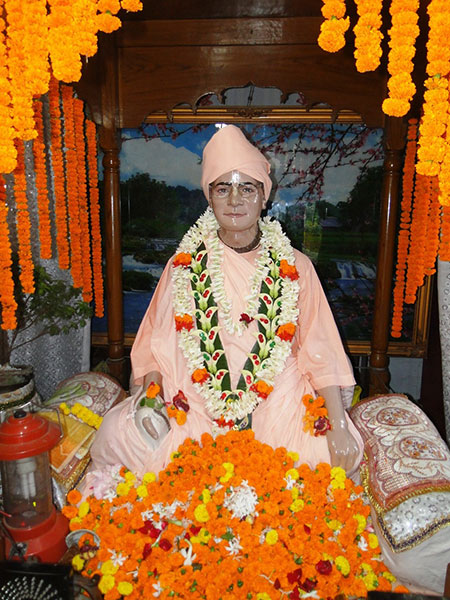 My gurudeva, Śrīla Bhakti Kusuma Śramaṇa Gosvāmī Mahārāja [a disciple of Śrīla Bhaktisiddhānta Sarasvatī Ṭhākura Prabhupāda] was the former ācārya of Śrī Caitanya Maṭha, Śrī Dhāma Māyāpura.  I did not receive dīkṣā in Māyāpura but at the Caitanya Research Institute, Kolkata. Before then, I had never been to Māyāpura nor did I know about any  Gauḍīya Maṭha, but because of an astonishing incident, I came to know about Śrī Devānanda Gauḍīya Maṭha.

Within two months of my receiving dīkṣā, on the occasion of a devotional festival, I prepared many food preparations and offered them to the deities, Śrī Rādhā-Govindajī, in my home. While offering the bhoga, I was praying, “I have prepared so many offerings. If at least one Vaiṣṇava could come and accept this mahā-prasāda, it would become mahā-mahā-prasāda.

Surprisingly, at that very moment, truly, a beautifully effulgent Vaiṣṇava sannyāsī entered my house and begged for alms. I offered him praṇāma and inquired, “Mahārāja, from where have you come?”

He replied, “I have come from Śrī Devānanda Gauḍīya Maṭha.” I requested him, “Mahārāja, its noon time now. If you accept prasāda here, I will be very delighted.”

“Mother,” he said, “I have told them in the maṭha that upon my return, I will accept prasāda there.”

“All right,” he said. “Today I will accept prasāda at your house.”

On that day he accepted prasāda with great satisfaction, thus blessing me and making my efforts fruitful.

Sometime later, I came to know about Śrī Vinoda-bihari Gauḍīya Maṭha in Kolkata, a branch maṭha of Śrī Devānanda Gauḍīya Maṭha. I started visiting that maṭha and looking out for that sannyāsī, but I never saw him. Eventually, I went to Śrī Devānanda Gauḍīya Maṭha at the time of Śrī Navadvīpa-dhāma parikramā and became stunned to see the śrī vigraha of paramahaṁsa-svāmī Śrī Śrīmad Bhakti Prajñāna Keśava Gosvāmī Mahārāja in his samādhi-mandira.  “Oh!” I thought. “This is certainly the Mahārāja that accepted prasāda at my house that day and whom I was searching for.”

I understood that this was indeed an uncommon (alaukika) incident. Just because of a prayer, how would it be possible for someone (an ordinary person) to instantly come from so far – Śrī Devānanda Gauḍīya Maṭha, Navadvīpa – to Basirhat in the North 24 Paragana District of West Bengal, which is south of Kolkata? Furthermore, how is it possible for someone to go back from Basirhat to Śrī Devānanda Gauḍīya Maṭha, Navadvīpa, at 1 p.m. in the middle of the day and accept prasāda there? He had said that he would accept prasāda after returning to the maṭha.

Furthermore, this incident is supra-mundane (alaukika) because Śrī Śrīmad Bhakti Prajñāna Keśava Gosvāmī Mahārāja disappeared in the year 1968, and I received dīkṣā in 1981. In his unmanifest state, he revealed to me his manifest pastime. Just as Bhagavān, who in both His manifest and unmanifest pastimes can do anything He desires, similarly, pure Vaiṣṇavas, who are a part and parcel (aṁśā) of His svarūpa-śakti Śrīmatī Rādhārāṇī, can also perform supra-mundane activities.  “Kṛṣṇa-bhakte kṛṣṇera guṇa sakali sañcare – Kṛṣṇa’s devotees are infused with all of His qualities.”

[This remembrance is by Śrīmatī Suṣamā devī dāsī (Māyā Sarkār), a disciple of Śrīla Bhakti Kusuma Śramaṇa Gosvāmī Mahārāja. She has written many articles for Śrī Gauḍīya Patrikā.]

Translated by the Rays of The Harmonist team
from Śrī Śrī Bhāgavata Pātrikā, Year-18, Issue 1-9