Marking the Path of Bhakti For Sadhakas 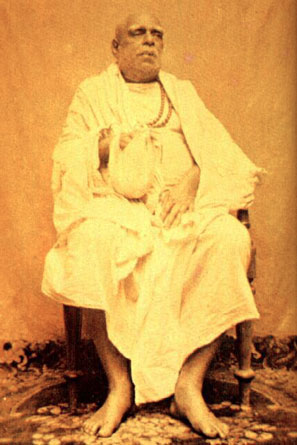 We perform bhakti in many ways. We accept mantra from a guru belonging to an authorized sampradaya. Every day, we mark our bodies with the twelve tilaka markings and perform arcana of Sri Krsna. We observe ekadasi, chant and remember the holy name according to our capability and take darsana of holy places like Sri Vrndavana. However, when it comes to avoiding offences to Bhakti-devi, we lack prudence. This is our great misfortune.

Sriman Mahaprabhu instructed all the devotees about the symptoms of offensive behaviour toward Bhakti-devi by describing the activities of Mukunda Datta. This description is found in Sri Caitanya-bhagavata (Madhya-lila 10.185, 188–190, 192):

“Sometimes Mukunda is a perfect figure of humility, approaching Me holding a straw in his teeth, but the next moment he comes to strike Me with an iron rod. I cannot bear to see that pretentious wretch.”

Sri Caitanya Mahaprabhu continued: “Wherever that spineless rascal goes, he simply agrees with all of the philosophical views of whoever he is with and comfortably mixes with those people."

“When he reads Yoga Vasishtha in the company of impersonalists he favours the impersonal Mayavada philosophy. But at other times, when he is among Vaisnavas, he rejects the Mayavada doctrine and tries to exhibit symptoms of bhakti by singing and dancing with perfect humility."

“And again, in the company of any other sampradaya, he rejects the eternality of bhakti and invariably condemns the bhaktas with aggressive words."

“One who claims that processes such as karma, jnana, and yoga are equal to bhakti or even superior to it is no better than one who strikes Me with an iron rod. Such a person commits a serious offence at the feet of Bhakti-devi. Since the bhaktas of Bhagavan never extend their association to such offenders, I cannot agree to even see his face.”

Sri Mukunda Datta is an eternal associate of Bhagavan so these words spoken about him by Sri Caitanya Mahaprabhu are indeed mysterious. However, the heart of Mahaprabhu is infinitely deep and grave, so we should understand that His intention in speaking this way is to give a vital instruction: “performing the limbs of bhakti merely by accepting diksa will not bring pleasure to Sri Krsna. One can only attain His favour if one has one-pointed faith in ananya-bhakti*.

* The word ananya literally means “without another”, so ananya-bhakti indicates devotional service to Sri Bhagavan unalloyed by any other doctrine.

Only he in whose heart such exclusive one-pointed faith (ananya-sraddha) in bhakti has arisen becomes firmly and resolutely partial to suddha-bhakti. Such a person does not visit places where discussions on suddha-bhakti do not take place, but situates himself with great relish in any place where the subject of suddha-bhakti is being discussed.

It is the nature of a suddha-bhakta to be simple, firmly resolute and one-pointed. He never advocates discussing topics that oppose suddha-bhakti just to appease the masses or to gain a following. A suddha-bhakta is always indifferent to anything opposed to suddha-bhakti.

Nowadays, many people do not fear committing the offence of acting in a way that opposes suddha-bhakti. At the mere sight of a bhakta, tears may manifest in their eyes and horripilation on their bodies, and during a discussion about Bhagavan they may nearly faint. They may even support spiritual doctrines while among spiritual assemblies, yet later on they become so absorbed in sense objects that they act as though utterly intoxicated by the prospect of obtaining them.

O readers, what is the determination (nistha) of such people?! Our appraisal is this:

Merely to obtain fame and recognition (pratistha), these people pretentiously exhibit some symptoms of devotional sentiment in front of the bhaktas. Sometimes their motivation is greed for such pratistha, and sometimes it is their greed for material comforts, facilities and sense objects. To achieve these ends such people behave in these diverse ways. Sadly, such people teach this behaviour to the world and thus they not only make offences to suddha-bhakti but they also clear the way for the total destruction of everyone on earth.

O readers, let us become careful and act in such a way that we never make any offence to Bhakti-devi. First, let us take a vow to perform suddha-bhakti by remaining completely indifferent to anything that is opposed to it. We will neither speak nor act in opposition to bhakti just to fulfil someone’s expectations. We will maintain simplicity in every action and we will not allow our behaviour to contradict the disposition of our heart. And we will not try to gain prathistha by displaying artificial symptoms of bhakti to those who are in fact opposed to bhakti.

Our bias will solely be toward suddha-bhakti. We will never support any other siddhanta. Let our hearts and behaviour indeed be the same.