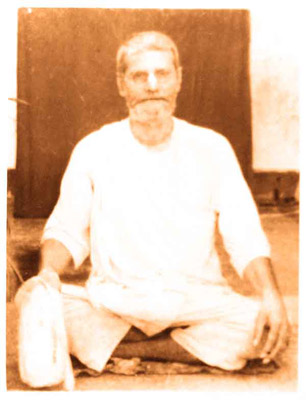 I have received your letters dated October 17 and November 14 and became especially pleased to learn from them that you are inclined to receive training in accordance with the principles enunciated in the revealed scriptures.

Svayam Bhagavān Śrī Gaurasundara has said, “kīrtanīyaḥ sadā hariḥ – always chant the glories of Śrī Hari.” And śāstra states, “kalau tadā-hari-kīrtanāt – in the age of Kali, deliverance is only achieved by performing hari-kīrtana.”

The significance of these statements is that the only way to become freed from material bondage is through the culture of hari-kīrtana. That is to say, only by discussing the glories and message of Śrī Hari can all living beings become liberated and thus qualified to serve Śrī Bhagavān.

It is a source of deep happiness for me that you are always performing kīrtana by discussing hari-kathā with everyone, in a way that is appropriate according to time, place and circumstance. You must fearlessly speak the message of Śrī Hari.

In the teachings of Śrīman Mahāprabhu we will not find even the slightest trace of diversion from scripture, nor any poor logic or inconsistency. All other propagators of religion, namely so-called religious sampradāyas (schools of thought) and their ācāryas (chief preceptors), have attained, or yearn to attain, fame and reputation in modern society by presenting their fanciful speculations, whether narrow or broad. But their opinions oppose the conclusions of scripture and lack logic. Therefore, it is absolutely essential to speak the truth courageously.

Śrī Bhagavān is not for the weak-hearted. In the Muṇḍaka Upaniṣad (1.6.4) it has been said, “nāyamātmā balahīnena labhyaḥ – The Absolute Reality, that Supreme Soul, is not accessible to those who have no spiritual strength.” But cowards manipulate religion with false interpretations, proclaiming “all are correct, all are correct”, and thus reveal the feebleness of their conception of bhajana. You must rigorously protest against these spurious assertions. If necessary, I am personally ready to discuss this in an open forum.

The word viṣṇu appears in many places throughout the Vedas and every single brāhmaṇa priest utters this transcendental name every time he sanctifies himself with water. Still, when demoniac people hear the name Viṣṇu, they are filled with fear. I cannot fully elaborate on this topic within the scope of this letter.

Regarding your last question, if someone wants to enter worldly life, he must surely gain some kind of knowledge for the sake of earning his livelihood. But the topmost knowledge, of course, is all-auspicious, spiritual knowledge.

Translated from Śrī Gauḍīya Patrikā, Year 28, Issue 3
by the Rays of The Harmonist team

Rays of The Harmonist On-line, Year-2, Special On-line Edition “Śrī Bhagavān is not for the Weak-hearted” by Śrī Śrīmad Bhakti Prajñāna Keśava Gosvāmī Mahārāja, is licensed under a Creative Commons Attribution-Share Alike 3.0 Unported License to ensure that it is always freely available. You may redistribute this article if you include this license and attribute it to Rays of The Harmonist. Please ask for permission before using the Rays of The Harmonist banner-logo.